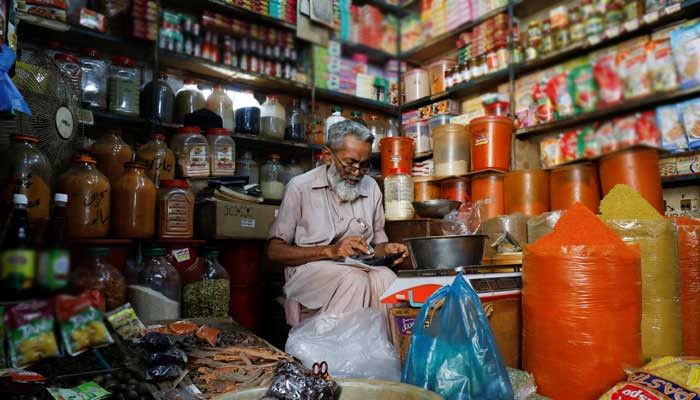 KARACHI: The weekly inflation, based on the sensitive price index (SPI) rate, declined sharply for the third consecutive week recording a decrease of 8.11% due to lower fuel charge adjustment (FCA).

The Pakistan Bureau of Statistics (PBS) on Friday reported that the SPI-based inflation rate rose 29.28% during the week ended September 22 compared to last week.

Topline Securities attributed the 8.1% week-on-week decline to a decrease in electricity fuel charges. “To recall, the government had deferred Rs9.9 per unit FCA for the month of June for consumers using up to 300 units,” the report added.

On the hand, wheat flour prices have continued to increase due to the impact of floods and higher wheat support prices announced for the upcoming crops.

The brokerage house estimated the September 2022 inflation based on the consumer price index at 0.1% month-on-month and 24.7% year-on-year, where higher food inflation would largely be offset by electricity FCA relief.

Prices of perishables had declined on account of immediate measures taken by the government to reduce the adverse effects of the supply change disruption caused due to floods, which destroyed standing crops.

It was the third consecutive week that the inflation rate constantly decreased, largely due to the steps taken by the government to curb supply chain disruption amid floods that had sent the price of essential goods skyrocketing.

Data released by the Pakistan Bureau of Statistics (PBS) showed that the average prices of 10 essential items, tomatoes, bananas, garlic and other items declined during the outgoing week.

Prices of 26 items, including wheat flour, and tea chicken have risen. Meanwhile, the rates for 15 essential goods remained unchanged.

The combined income group index went down from 224.98 points during the week that ended on September 15 to 205.98 points in the week under review.

Torrential rains and floods have put huge pressure on the masses as they are deprived of basic necessities amid the disruption of agricultural produce and supply chains.

However, the improvement in prices of vegetables, particularly onions and tomatoes, is attributed to timely imports from Iran and Afghanistan.

SPI is computed on weekly basis to assess the price movements of essential commodities at a shorter interval of time to review the price situation in the country. It comprises 51 essential items and the prices are collected from 50 markets in 17 cities of the country.