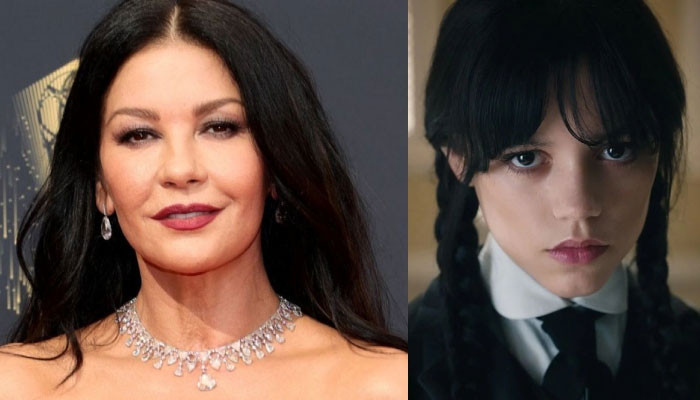 On Wednesday, January 25, Catherine Zeta Jones, who plays Morticia Addams, spoke to Ross King in a chat show on Lorraine about the Wednesday series being renewed for a second season.

According to Daily Mail, the actress was alongside her husband Michael Douglas at a Burns night celebration.

She told the reporter, “When Tim Burton asked me to do it, I was like ‘whatever you want me to do Tim!’ and then the idea of me playing Morticia, who’s such an iconic, wonderful, juicy character was wonderful.”

Speaking about the show, she said, “It turned out so much better than I think anybody anticipated.”

Catherine also praised her co-star, “Jenny Ortega is just marvellous as Wednesday and through the eyes of Tim Burton it’s a lot of fun.”

The 53-year-old Hollywood star continued, “I’m really happy to be part of it I must say.”

Catherine’s screen icon husband Michael, 78, was certainly a fan of his wife’s work as he chimed in, “She killed Morticia, she really killed it!”