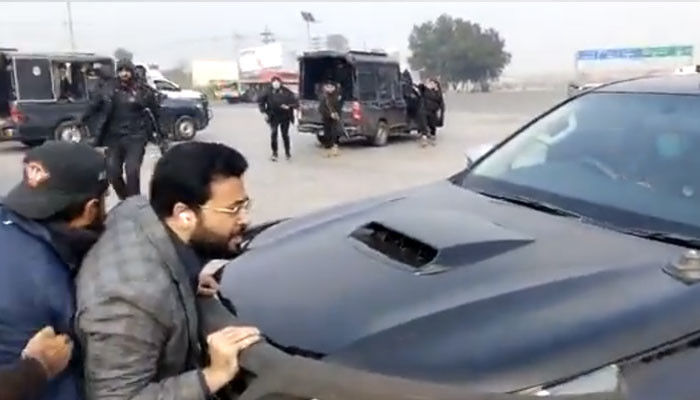 Farrukh —who was continuously chasing the police convoy — also engaged in a scuffle with the police in the attempt to stop them.

As per details, the Islamabad Police had shifted Fawad to Services Hospital in Lahore for a medical check-up, after which they left for Islamabad despite the court’s order to present him before it by 2:00pm.

In the videos shared on social media, the PTI leader and workers can be seen blocking the road and standing in front of a police vehicle in order to stop it from moving ahead.