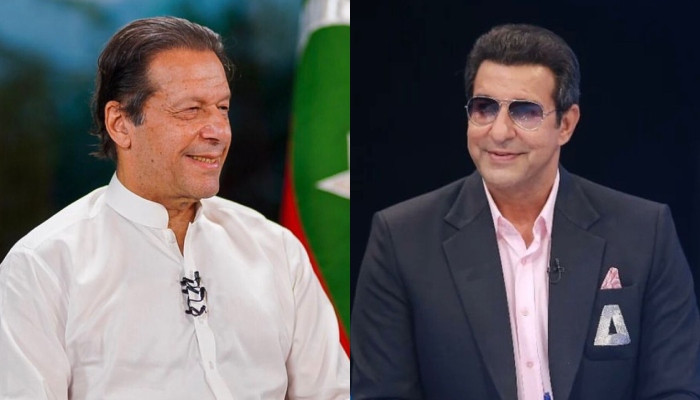 In an interview, which is doing rounds on the internet, Pakistan’s former pacer Wasim Akram recalled interesting anecdotes of the good times spent with PTI Chairman and former prime minister Imran Khan.

Sharing one such memory from the time he began his career, the sultan of swing said that while Khan was a strict captain he was also very good-humoured.

Akram revealed that Khan once offered to take him to a night club and the pacer agreed to join him. Upon reaching the club, Akram said that Khan ordered a pint of milk and that he never had a drink in his life.

However, seeing his the-then skipper shake hands with women left the fast bowler shocked. “There was a queue of only girls standing to shake hand with Imran and I just said that’s awesome,” Akram said.

In an another instance, Akram said that Khan abandoned him on an island in the United States where the two had gone to meet the PTI chief’s friend.

“He took us and one of his friends… she… a female… took us to the airport and she had her own plane. So we sat on a private plane, about 45 minutes ride into a deserted island. They went to chat in the house. I said okay, what should we do now? We can’t even go back to the hotel, we’re on an island in the middle of South America,” Akram said narrating the instance.

Both Akram and Khan have played together in their career. Akram was part of the 1992 World Cup winning team while the former premier was its captain.