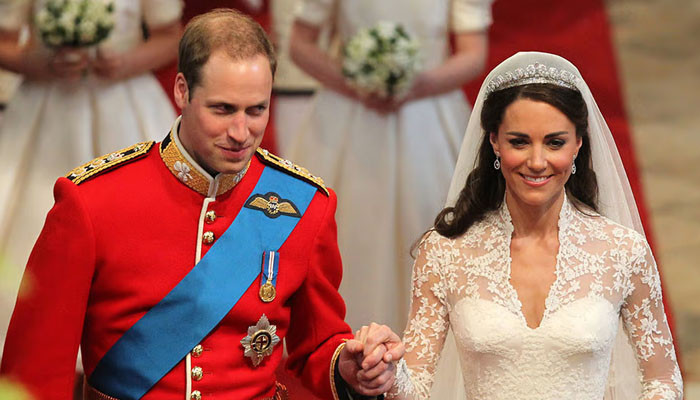 Prince William and Kate Middleton tied the knot in a resplendent royal ceremony in 2011, and while the event was watched by millions around the globe, one previously unseen photo from the historic union has now emerged online.

According to Hello magazine, royal fans were treated to the never-before-seen picture from William and Kate’s 2011 royal wedding when an eBay seller put up a listing for the couple’s Christmas card from their wedding year.

The picture in question shows Kate and Prince William in the 1844 room at Buckingham Palace, with the now-Princess of Wales seen in her stunning Alexander McQueen wedding dress and the Princes of Wales in his Irish Guards frock coat uniform.

Kate Middleton and Prince William have now been married for more than a decade and share three kids, Princes George and Louis, and Princess Charlotte, all three immediately in line to the British throne after their father.