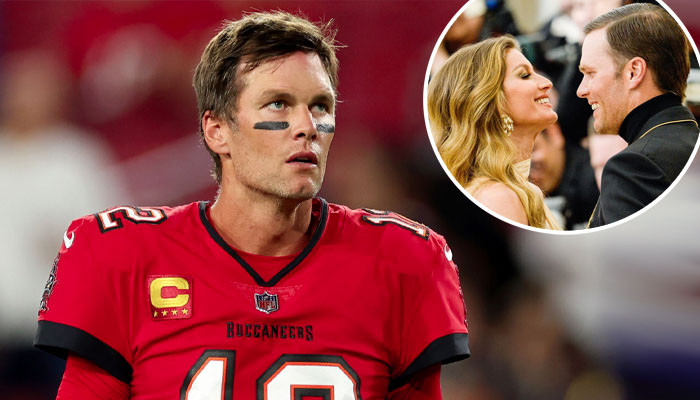 Tom Brady is still undecided on what he plans to do in his football career, which reportedly cost him his marriage with Gisele Bündchen.

Co-host Jim Gray asked the NFL player, 45 about his retirement plans after his failed to make it to the playoffs over the weekend, during Monday’s episode (January 24th, 2023) of the Let’s Go! Podcast, via Page Six.

“Tom, you’re leaving everybody guessing,” Gray noted. “You said you’ll take your time. Do you have any type of a timetable as to what you might want to do regarding your football career?”

The question irked the athlete as he snapped at his co-host. “If I knew what I was f—king doing, I’d have already f—king done it,” Brady fired back. “I’m taking it a day at a time,” he added, trying to diffuse the situation and fill the awkward silence with a laugh.

“I appreciate you asking,” the athlete continued after a long pause. “Thank you.”

In February, Tampa Bay Buccaneers quarterback Brady announced he was retiring from the NFL. His decision proved short lived, and just weeks later the seven-time Super Bowl champion changed his mind and returned for his 23rd NFL season.

In September, 2022, sources told Page Six the quarterback and supermodel were living apart after getting into an “epic fight” over his choice to go back.

“Gisele has always been the one with the kids,” a source exclusively told us at the time. “They had agreed he would retire to focus on the family, then he changed his mind.”

Brady got divorced from Gisele Bündchen, his wife of 13 years, in the midst of his 23rd NFL season, and just months after the seven-time Super Bowl champion put an end to his short-lived retirement.