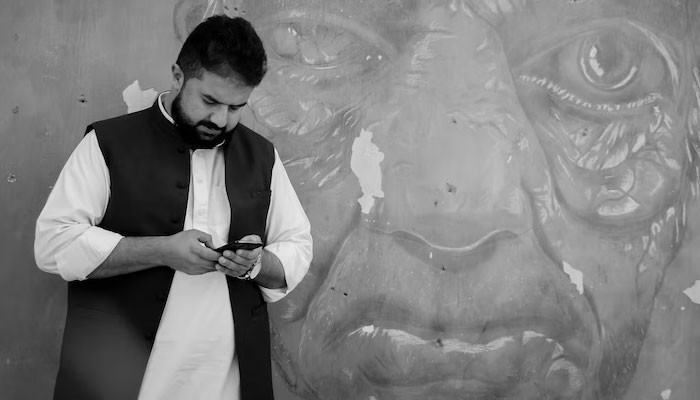 I’ve got a confession to make. I prefer shalwar kameez. And not just in Pakistan or in hot weather. I think shalwar kameez is much kinder to bodies with bulges, like my own.

I find it more comfortable and, if I’m being totally honest, the abundance of cloth gives me the capacity to wipe off my hands or clean a glass in a place that won’t be so visible to anyone staring at me for tell-tale signs that I’m a bit messy!

The problem is, about 15 years ago, I started doing much more of my Pakistan-based work in cities. I was in Lahore and a friend wanted to take me to a particularly exclusive club, but I only had shalwar kameez. I had left my suit and tie in the village in northern Punjab.

The club didn’t allow shalwar kameez and I was too big to borrow one of my friend’s suits. I would have had to go out and buy a suit, which I wasn’t willing to do for even the best club sandwich in the world. A bit later, I was doing a tour of different universities in Punjab and visited one that only allowed men to wear shalwar kameez on Fridays.

I noticed that younger people seemed less inclined to wear shalwar kameez when they were outside of the village. As an anthropologist, I’ve always known that clothing matters and that some clothes are more overtly political than others.

The thing that made me realise that wearing shalwar kameez was a political statement in my social circles was when I was going to meet a senior civil government bureaucrat and the person who had set it up advised me to wear a suit and tie. This was, he said, a moment to stress my Europeanness and not try to connect through Pakistani culture.

Since I was a teenager and put on my first shalwar kameez I have thought this is one of the coolest outfits I’ve ever worn. While living in villages, I have always opted for shalwar kameez because it’s what almost everyone was wearing — I wanted to fit in and be on the “cool kids”.

There is no escaping the connection to some state directives. Zia wanted Pakistanis to wear it as the national dress. It’s a point of national pride for leaders to wear shalwar kameez when meeting foreign leaders—it says something about the dignity of local people. It says, loud and clear, that Pakistanis need not be ashamed of their own cultures.

What does it mean when a European wears shalwar kameez though? I want it to mean something positive and respectful, but I have come to realise that some people interpret it negatively.

At some completely forgettable nibbles and drinks event, I met a diplomat from a foreign embassy in Islamabad who told me that they didn’t entirely trust Americans who wear local outfits too much. It was fine, they said, for rare special occasions, but wearing local dress on a daily basis was an indication of “going native” and possibly having divided loyalties.

I can’t deny that one’s choice of clothes reflects something about one’s affiliations, but I can’t help but feel it’s not a particularly simple statement. When I wear shalwar kameez in a village, it feels easy and unproblematic. Wearing it in cities has come to feel like I’m asserting a political position that I may not entirely understand or agree with.

Now that I’m overthinking the political implications of my clothing choices, I am starting to wonder what my office colleagues would assume if I turned up wearing a dhoti and a lovely puggaree to keep the heat off my poor overworked brain cells!