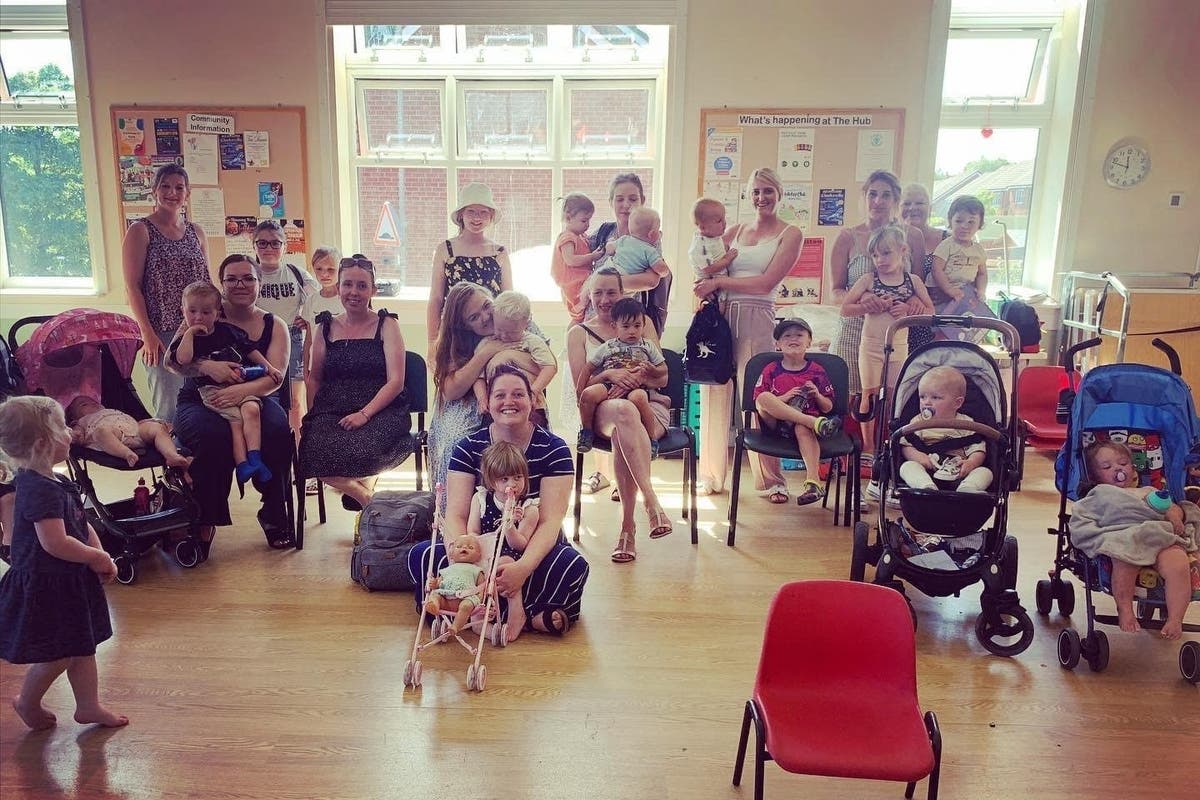 The founder of a support network for mothers has said it is bracing itself for its busiest winter as it reported a 500% rise in the number of referrals to its service, many of whom are from people “at the end of their rope”.

Laura Carter founded the Stoke-on-Trent Mothers Support Network in 2019 to initially support refugee mothers and then began helping all mothers in 2020 across Stoke-on-Trent and in the surrounding areas struggling to make ends meet.

As the cost-of-living continues to impact many across the country, Ms Carter said that “our referral numbers have increased by 500%”.

“We’re now getting daily what we would get weekly every single day – even when we’re closed”, the 35-year-old, who is based in Sneyd Green in Stoke-on-Trent and also serves as the group’s operation manager, told the PA news agency.

She said that she never expected the percentage to be so large as it is a small organisation, which has two other volunteers – Alexandra Scott and Stephen Seabridge, but some weeks it has to take on the numbers that some bigger organisations are taking on and that figure is expected to “increase even more” as it prepares for its “busiest winter”.

“In our busiest week around six months ago, we had 134 seeking help from us and we’ve gone up to at least 500 people per week that need support and we can’t do all of that”, she said.

“We have to signpost it to other people and we have worked with people like the Trussell Trust, but we can’t turn people away.

“If we can’t get a food parcel to them, we will find somebody that can because turning people away is just unthinkable.”

She added that the group has around 11,500 members across its Facebook group and from general messages in the group, she expects a lot more people to require support.

“People are going to have to have the heating on because the temperatures will drop and then not having any money left for food and so I’m bracing myself for that”, she said.

She added that a lot of people contacting her are “at the end of their rope”.

“They don’t know where to turn and I think because we’re predominantly Facebook based, we’re very easy to search for and contact through a message”, she said.

“We usually get messages in the evenings when people are really stressed worrying about what they’re going to do for the next day, saying ‘we’ve literally got no food left or we’ve got nothing on the gas or electricity meter, or I’ve got a pound left.’

“People don’t just need a top-up to keep them going – they are desperate and at the end of their rope.”

Some of the items families are in desperate need of include bread, milk for children, pasta, and beans, “just general things than can make meals for children”, said Ms Carter.

The rocketing energy prices have also caused the group to “rethink the way that we work”.

“I mean, we declined potatoes from one of the supermarkets one week because we knew that a lot of the families that we support just don’t have the energy to cook potatoes all the time”, she added.

The group have set up an autumn food appeal via GoFundMe to continue to feed families, with over £400 being raised so far out of a £1,000 target.

“The support has been amazing and it’s even more amazing at the moment because everybody’s struggling – even working families”, she said.

“So for people to give money out of their own pockets – even knowing that they are having to tighten their belts – I think it’s really amazing and it just shows the sense of community we’ve got as British people.”