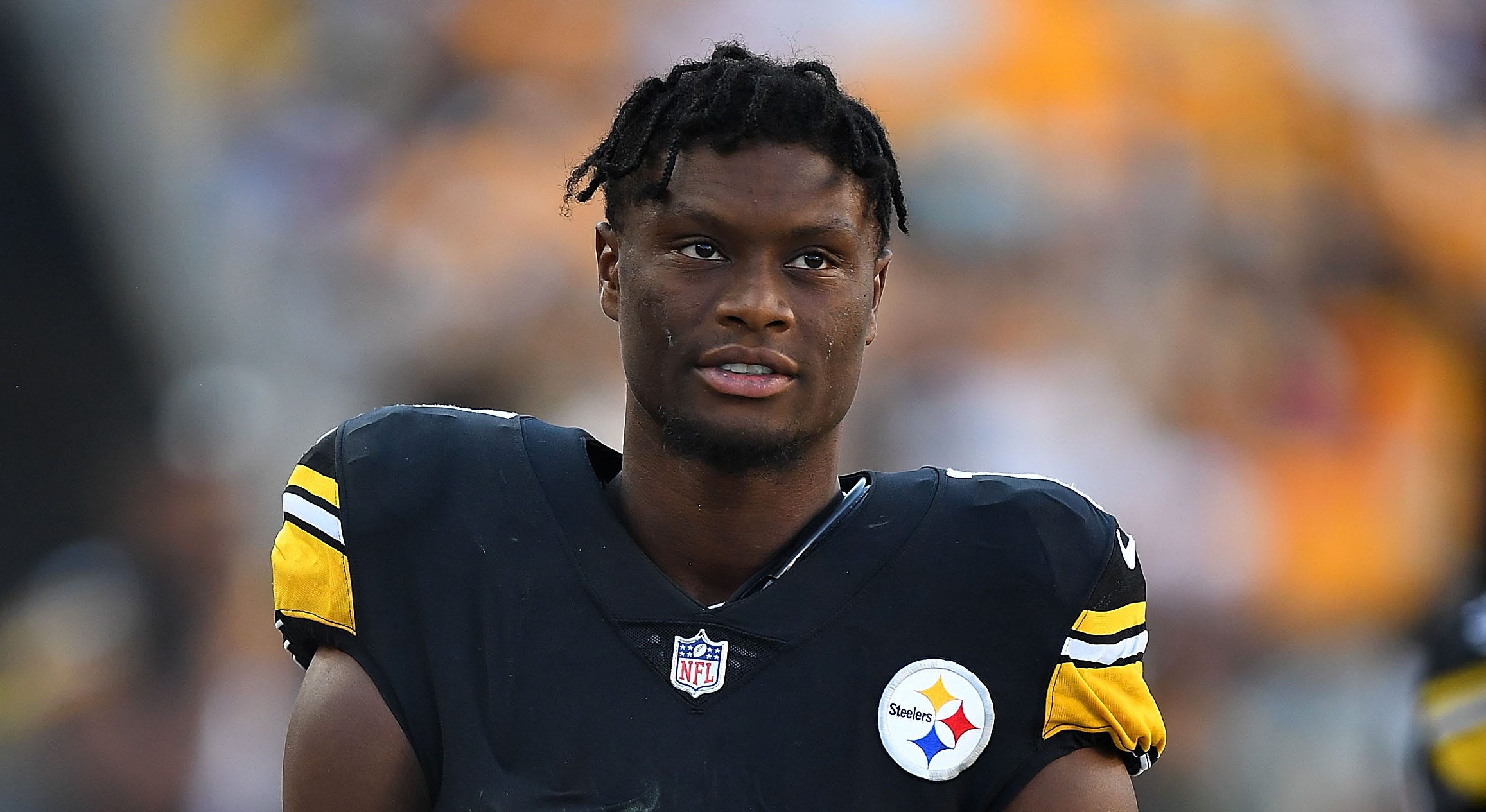 Of course, football isn’t that simple, but the Steelers have been slow on offense to start the season. Trubisky hasn’t cracked 200 yards passing in two games, and Pickens, a standout during training camp and the preseason, has two catches for 26 yards on six targets.

Pickens is getting playing time alongside receivers Diontae Johnson and Chase Claypool and has been on the field for 71% of the offensive snaps so far. He just isn’t getting the ball.

George Pickens (14) of the Pittsburgh Steelers celebrates a 26-yard touchdown reception in the first quarter of a preseason game against the Seattle Seahawks at Acrisure Stadium Aug. 13, 2022, in Pittsburgh.
(Justin Berl/Getty Images)

But the Georgia product said he was open “90% of the time” against the New England Patriots, per the Pittsburgh Tribune-Review. He explained why.

“I just say that because I’m a big guy that runs in the low 4.4,” Pickens said. “I always have a step on somebody, and my step is naturally longer than the other person, and I’m actually fast. I’m always [going to] have a step and always feel like 99% of the time I’m open even though the ball gets there in the air and [the defender] gets time to catch back up.”

BENGALS’ JOE BURROW NOT PANICKING OVER 0-2 START: ‘TAKE A DEEP BREATH AND RELAX’

Longtime Steeler quarterback Ben Roethlisberger retired after last season. That put the most important position on the field in question. The team signed Trubisky and drafted Pittsburgh product Kenny Pickett for an open competition in training camp with Mason Rudolph. Trubisky won the job with Pickett backing him up.

George Pickens (14) of the Pittsburgh Steelers makes a catch for a 26-yard touchdown reception as Coby Bryant (8) of the Seattle Seahawks defends in the first quarter during a preseason game at Acrisure Stadium Aug. 13, 2022, in Pittsburgh.
(Justin Berl/Getty Images)

They drafted Pickens, though, to make up for the loss of Juju Smith-Schuster, who went to the Kansas City Chiefs in free agency.

The Steelers also boast Najee Harris, their sophomore running back who has worlds of talent both in the run and pass games. But the offensive line has been a bit suspect to start the season, which is a big reason the Steelers can’t move the ball.

George Pickens of the Pittsburgh Steelers during a game against the Detroit Lions at Acrisure Stadium Aug. 28, 2022, in Pittsburgh.
( Joe Sargent/Getty Images)

It’s a short turnaround for Pittsburgh this week. They face the division rival Cleveland Browns on Thursday Night Football. Pickens will be hoping his quarterback can find him open this time.