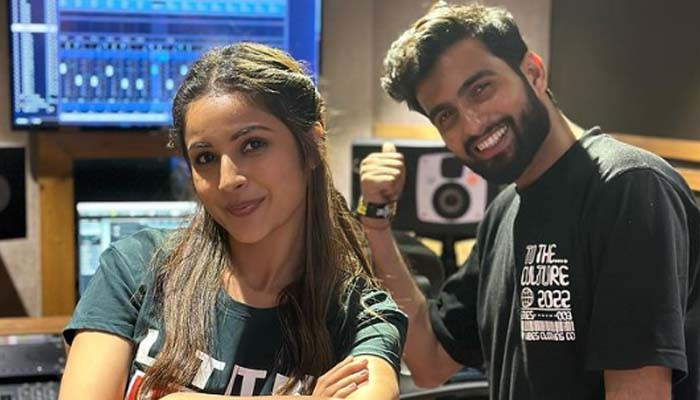 Shehnaaz Gill, who rose to fame for her appearance in the most-viewed reality show Bigg Boss 13, is expected to have a collaboration with rapper MC Square originally known as Abhishek Raisla.

The two have shared a picture on their Instagram handles while sitting in a recording studio. In the picture, the rapper can be seen pointing towards his music console and posing with Shehnaaz. The caption on the picture read: “What’s cooking???”

Fans are now curious whether a new rap song is coming soon from MC Square. The fans also requested the duo to collaborate together for a song.

Even the fans are super excited for this new collaboration as one of them wrote: “It will be blockbuster collaboration.” Another fan wrote: “Two favourites in one frame can’t wait.”