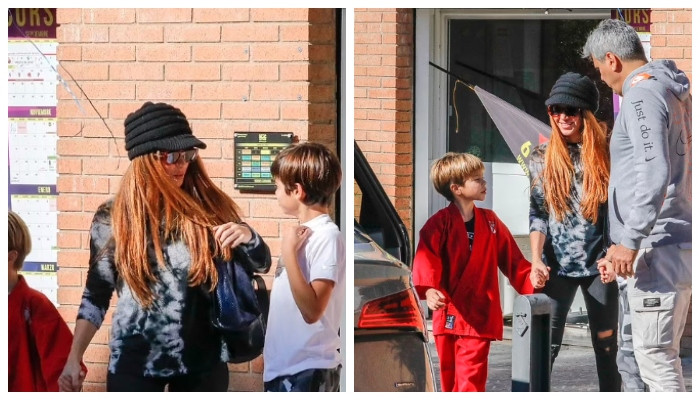 Shakira stepped outside in style on Saturday as she took her children to a karate class before letting them attend their dad Gerard Pique’s final match at FC Barcelona.

The singer 45, wore ripped jeans and a grey and black tie-dye t-shirt, adding a black cap and sunglasses to keep a low profile as she took care of her sons Milan, nine, and Sasha, seven.

Later in the day, the two boys joined their father, Shakira’s estranged husband Gerard, 35, at his final game as a professional footballer at Camp Nou in Barcelona.

The pair played with their dad on the pitch wearing FC Barcelona kits after his final match as a footballer.

He was visibly upset after the match, but it seemed he enjoyed sharing the moment with his two boys who he shares with the Hips Don’t Lie hitmaker.

The outing came after it emerged that Shakira seems to be settling scores with her ex via her music after the Spanish footballer was allegedly unfaithful.