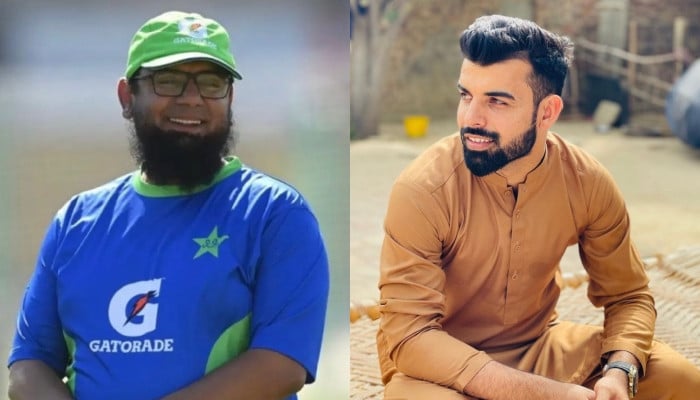 Taking the microblogging website, the 24-year-old cricketer shared a tweet updating fans about the major development in his life accompanied by a note.

“Alhamdulilah, today was my Nikkah. It is a big day in my life and start of a new chapter. Please respect my choices and those [of my] wife, and our families. Prayers and love for all,” he tweeted.

Meanwhile, Khan’s note read that he was becoming a part of his “mentor Saqi bhai’s family”.

The young pacer shared about his choice to always keep his family life separate from work highlighting that his family also opted to stay out of public life.

“My wife has asked for the same, she wants her life to remain private. | would kindly request everyone to respect her choice and our family’s choice,” the note further read.

The cricketer jokingly wrote about welcoming salaamis. “| will send an account number,” he wrote in his note.

It’s a season of wedding bells for Pakistani cricketers, as batter Shan Masood, too, tied the knot with his fiancee Nische Khan in an intimate Nikah ceremony held in Peshawar on Friday (January 20).

While his baraat ceremony, a day later, was attended by cricket greats Misbah-ul-Haq, Umar Gul, Azhar Ali, and batter Imam-ul-Haq. Masood will also host valima reception for his friends and family in Karachi on January 27.

One of the most-awaited weddings is that of pacer Shaheen Afridi, who is set to tie the knot with the daughter of former all-rounder Shahid Afridi on February 3, according to family sources.

The 6-foot-6-inch pacer is engaged to the daughter of former national cricket team captain Shahid Afridi.

The rukhsati ceremony for Ansha Afridi, daughter of Afridi, is expected to take place later.