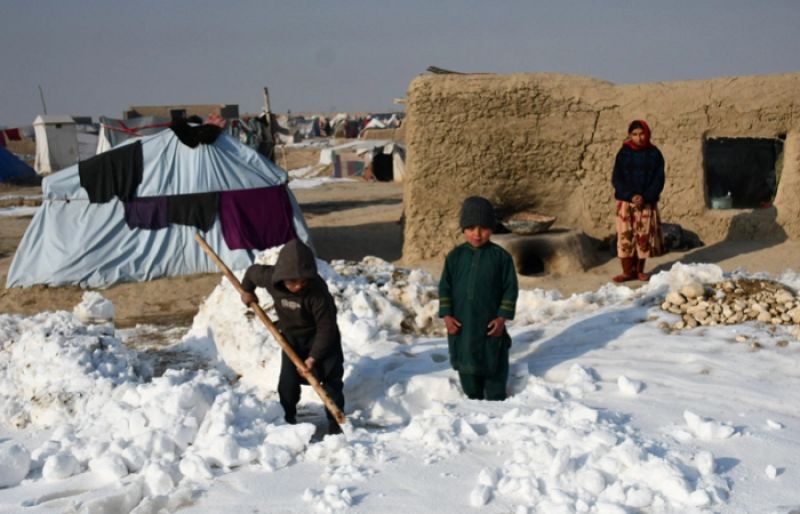 At least 150 people and tens of thousands of cattle have died due to freezing temperatures across Afghanistan, as Afghans reel from a spell of cold weather amid a humanitarian crisis.

According to international media reports, the country’s Ministry of Disaster Management said on Wednesday that 150 people and 70,000 cattle have died in the past week.

For the last three weeks, many provinces in Afghanistan have been witnessing exceptionally cold weather, with the central region of Ghor recording the lowest reading of -33C (-27F) over the weekend.

“This winter is by far the coldest in recent years,” said Mohammad Nasim Muradi, the head of Afghanistan’s meteorology office.

“We expect the cold wave to continue for another week or more,” Muradi added.

Islamic Emirate of Afghanistan spokesman Zabihullah Mujahid offered his “deepest condolences to the relatives and families” of the victims.

“We are saddened to hear that a number of our citizens have lost their lives due to severe cold in some provinces,” Mujahid wrote on Twitter.

He added that “relevant agencies and officials are instructed to help the affected families as much as possible and to use all their possibilities to prevent more casualties”.

It is Afghanistan’s second winter under Taliban rule since United States-led forces withdrew from power in August 2021. The country is in the midst of a humanitarian crisis, with more than half of the population of 38 million facing food shortages. The western sanctions and the Taliban administration’s international isolation have worsened the situation.

Last month, many NGOs still working in Afghanistan suspended their operations in protest over a Taliban government order banning women from working with humanitarian groups, except in the health sector. The Taliban has also banned girls from attending schools and universities.