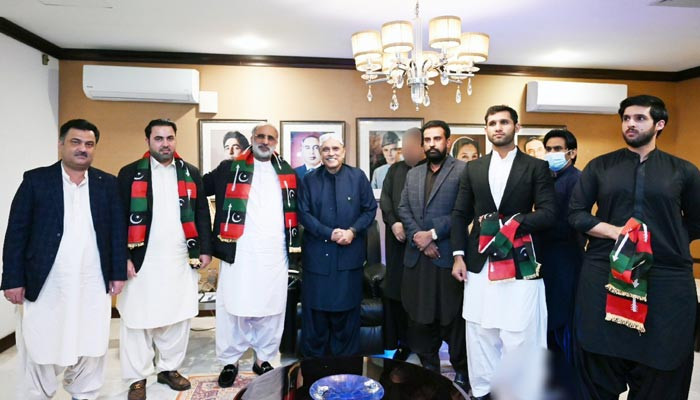 The announcement to join Sindh’s ruling party was made after a meeting with the former president at Bilawal House Karachi.

Zardari welcomed the new members to the party, saying that Balochistan and PPP have a historical relationship. “PPP has always fought for the rights of Balochistan,” said Zardari.

The PPP co-chairman said that his party is a strong part of the politics in the province, adding that the PPP will never compromise on its struggle for the rights of the people of Balochistan.

On January 1, a number of leaders of the Balochistan Awami Party (BAP) joined the PPP, parting ways with the ruling party in the province.