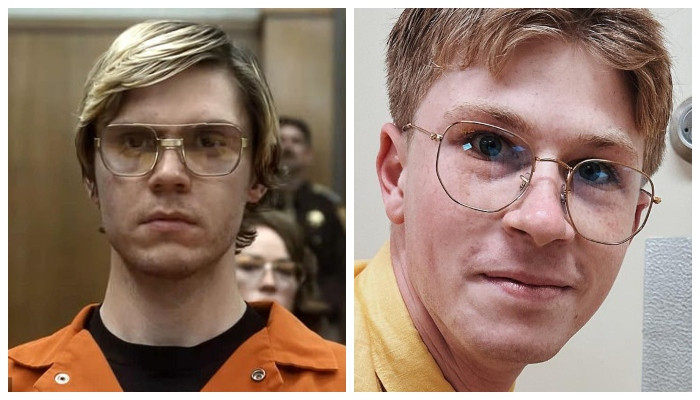 The late Steve Irwin’s son Robert Irwin’s fans have criticized him as they mistakenly thought he dressed up as Jeffrey Dahmer for Halloween.

The 18-year-old wildlife warrior shared photos to Instagram and TikTok of him dressed up as Dwight Schrute, a character from the noughties sitcom The Office, who like the serial killer has blonde hair and wears similar thick-rimmed glasses.

Bindi, 24, and Chandler, 25, went as Jim and Pam from one of the show’s Halloween episodes, while Grace, 19 months, donned a ‘World’s Best Boss’ T-shirt as Michael Scott.

However, the reference went over many of the heads of his fans who instead questioned if he was dressed as Jeffrey Dahmer – who recently came back into the zeitgeist due to Netflix’s hugely successful true crime series Monster: The Jeffrey Dahmer Story.

‘Tell me he’s not dressed as Jeffrey Dahmer on Halloween. Cause if he is then byeeee,’ sad one.

‘Jesus dude I got Dahmer vibes at first,’ commented a third.

Dahmer was convicted of 16 murders in 1992, and sentenced to 16 life sentences in prison.

However, hundreds of fans put the few questioning him right, with one commenting: ‘Guys he’s clearly dressed as Dwight from the office and not Dahmer, have you guys not heard these lines before?’