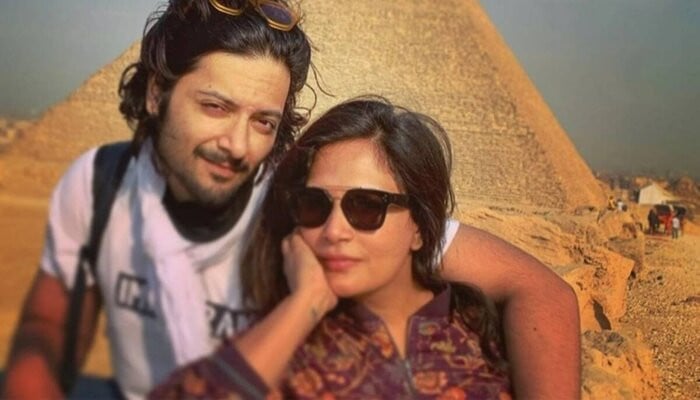 Richa Chadha and Ali Fazal have opted for a very quirky but unique wedding invite. The first look of the card has been revealed.

The preparation of the wedding is going on with a full swing. The dates and venue had been unveiled earlier, but the card was not revealed.

PinkVilla, a renowned source of India is the first one to lay hands on the beautiful yet quirky invitation of the couple’s wedding.

The card has the picture of the couple riding a bicycle. Richa wears a red saree while Ali is wearing a blazer, pants and a tie.

The wedding invite has been designed by one of their friends Puneet Gupta.

The pre-wedding festivities will begin from the 30th of September. Mehendi and Sangeet will be held on October 1st.

Fazal and Chadha will host a wedding party on October 2nd for their extended friends and family. Finally, the couple will tie a knot in an intimate wedding ceremony on October 6th, followed by a grand reception on the 7th of October at a South Mumbai hotel.

According to PinkVilla, Richa Chadha officially announced the news of her wedding a few days back via Twitter with a GIF that read, “New Life Loading”.