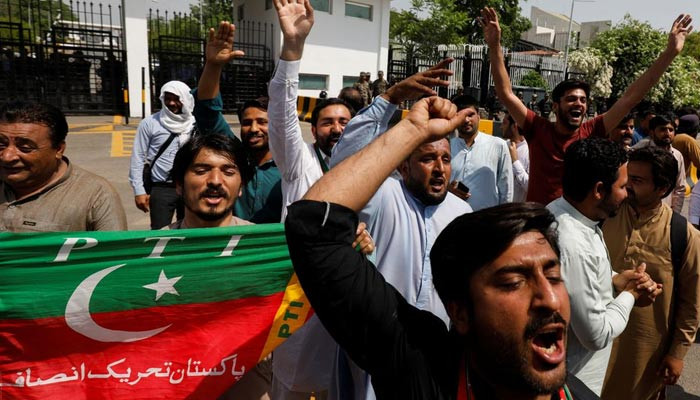 The Federal Investigation Agency (FIA) on Friday revealed that some more facts have come to the fore related to the PTI’s prohibited funding case.

According to FIA documents, funds for the PTI’s campaign of the General Elections 2013 were transferred through the Wootton Cricket Club Limited. PTI Chairman Imran Khan, however, failed to declare the received amount to the Election Commission of Pakistan (ECP) and kept it under wraps.

According to the FIA’s investigation, this particular USD account of the Insaf Trust was opened for only one transaction. Moreover, Rs3.6 million was transferred from the Insaf Trust’s local bank account on May 8, 2013.

Before the 2013 General Elections, an amount worth $575,000 was received in Shafi’s bank account, the FIA’s documents said, adding that a cheque from Shafi was then deposited in PTI’s account.

The commission found that donations were taken from America, Australia, Canada and the UAE.

PTI received funds from 34 individuals and 351 businesses including companies, the ECP verdict stated.

Thirteen unknown accounts also came to light, said the commission in the verdict, adding that hiding accounts are a “violation” of Article 17 of the Constitution.

The funds were also in violation of Article 6 of the Political Parties Act.

Moreover, the ECP found that Khan submitted a false Nomination Form I and that the affidavit provided regarding party accounts was also not authentic.

Following ECP’s declaration, the FIA launched a formal countrywide investigation into the utilisation of funds from “prohibited” sources by the PTI. A five-member monitoring team was constituted in this regard to supervise inquiries across Islamabad, Karachi, Peshawar, Lahore and Quetta. The team was headed by Muhammad Athar Waheed.

Reacting to the move, Khan — on August 17 — asked FIA to take back the notice sent to him in the prohibited funding case in two days or else he would take legal action against them.