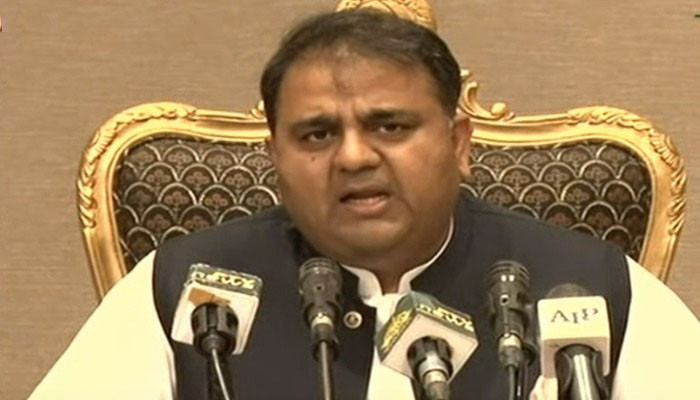 ISLAMABAD: PTI Senior Vice-President Fawad Chaudhry said his party has no concerns about any single name recommended for the top two slots in the Pakistan Army.

Fawad Chaudhry said the PTI will disclose its strategy if elections are not held after the appointment of the army chief.

The PTI leader said that his party discussed the option of snap elections with the incumbent rulers but they did not announce the date of elections as they fear their defeat in the polls.

“The government should announce polls date so, we can settle the rest of the framework,” he added. The way to address the crises confronting the country is the general elections, he said.

Fawad said that preparations for the long march are underway, adding that 35,000 to 40,000 people will reach Rawalpindi on Friday night. Imran Khan will announce the future course of action in Rawalpindi, he said.

Slamming the government on the appointment of the army chief, he said defence and the interior ministers are making different statements on the issue. “We want the matter to be resolved without any controversy, and we have no favorite candidate,” he said. The government has turned a key appointment into a controversial issue by holding consultations with the thieves, he charged.

Whoever assumes the charge as chief of the army staff will be the army chief of Pakistan, he asserted.