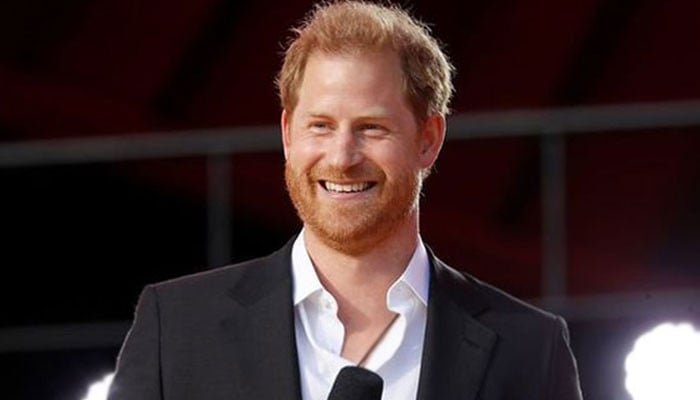 London: Prince Harry was set to discuss his memoirs in highly anticipated television interviews Sunday after the controversy caused by details of the book´s explosive revelations about royal rifts.

The 38-year-old prince´s ghost-written book “Spare” was widely leaked after it mistakenly went on sale in Spain ahead of the official publication date Tuesday.

Details include an allegation his brother Prince William, the heir to the throne, attacked him during a row about his wife Meghan; an account of how he lost his virginity; an admission of drug use; and a claim he killed 25 people while serving in Afghanistan.

They have prompted both condemnation and derision, though the palace has not reacted.

All the channels have already released clips where Harry speaks about his fractious relationship with William and accuses his family of planting negative stories about him and Meghan in the media.

In clips released by ITV, Harry said William lashed out at him as they rowed over Meghan and “I saw this red mist in him”.

“He wanted me to hit him back, but I chose not to,” Harry told the channel.

“I want reconciliation, but first there has to be accountability.”

ITV interviewer Tom Bradby asked Harry whether his brother´s reaction to the book might be: “How could you do this to me… after everything we went through?”

Harry responded tersely that William would “probably say all sorts of different things”.

The former British Army captain added that he still believes in the monarchy, although he does not know if he will play any part in its future.

Asked why he was invading his own family´s privacy, Harry said: “That would be the accusation from the people who don´t understand or don´t want to believe that my family have been briefing the press.”

US channel CBS was later to broadcast its interview on its “60 Minutes” show at 7.30 pm Eastern Standard Time (0030 GMT, Monday).

Another US network, ABC, was to air its interview Monday.

Harry referred to William as his “beloved brother and arch-nemesis”, ABC presenter Michael Strahan said in an interview excerpt.

“There has always been this competition between us, weirdly,” Harry told the US channel.

“I think it really plays into or is played by the ´heir/spare´.”

The interviews were recorded before Harry´s book was widely leaked Thursday, prompting a backlash from media, royal commentators, military veterans and even the Taliban.

British papers slammed Harry´s claim to have killed 25 people while serving in the military in Afghanistan, after veterans criticised such statements as risky and inappropriate.

Even the Taliban condemned Harry for saying the killings felt like removing chess pieces from a board.

The Sun tabloid wrote Saturday that “with one idiotic remark Harry has endangered lives and handed an improbable PR coup to the fascist, murdering misogynists of the Taliban”.

The Daily Telegraph cited sources close to the late Queen Elizabeth II as saying that her grandson´s attacks on the family and her dread of his memoirs affected her health in her final months.

It quoted a friend of the queen as saying “the constant ambushing of the Royal family by a much-loved grandson did take its toll”.

The Times, citing a US publishing source, reported that Harry had wanted to pull the book from publication after attending the queen´s Platinum Jubilee celebrations last summer.

While “visiting his grandmother he had second thoughts”, the source said, suggesting he was told during his visit that “there would be no way back” if the book came out.

“Obviously that all changed with the monarch´s death in September,” the source added.