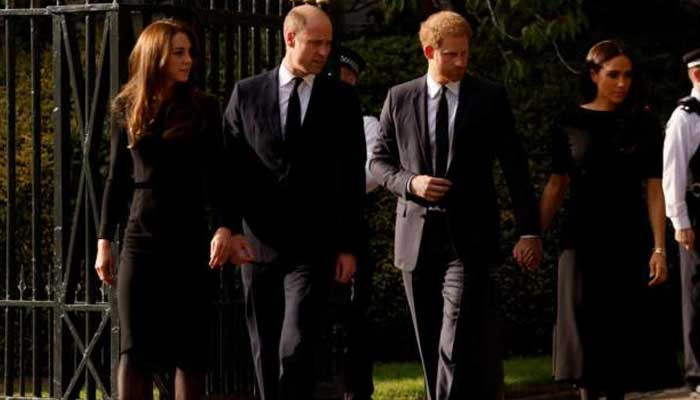 Kate Middleton and Prince William were reportedly glad ‘the drama was gone’ when Meghan Markle and Prince Harry stepped back as the senior working members of the royal family, according to a new book.

The Duke and Duchess of Sussex’s exit from the royal family was a “relief” to William and Kate, according to an excerpt from Katie Nicholl’s upcoming book published in Vanity Fair.

According to an anonymous source who spoke to Katie Nicholl for her upcoming book about the royal family, “The New Royals: Queen Elizabeth’s Legacy and the Future of the Crown,” things had become so tense between the Waleses and Sussexes that William and Kate felt a “sense of relief” when they stepped back.

According to an excerpt of the book published by Vanity Fair, a source told Nicholl that the Prince and Princess of Wales felt like “the drama was gone” when the couple quitted as senior royals.

Nicholl also wrote that William has not forgiven Harry for everything that has happened between them, though the pair were seen together on multiple occasions in the wake of Queen Elizabeth’s death.