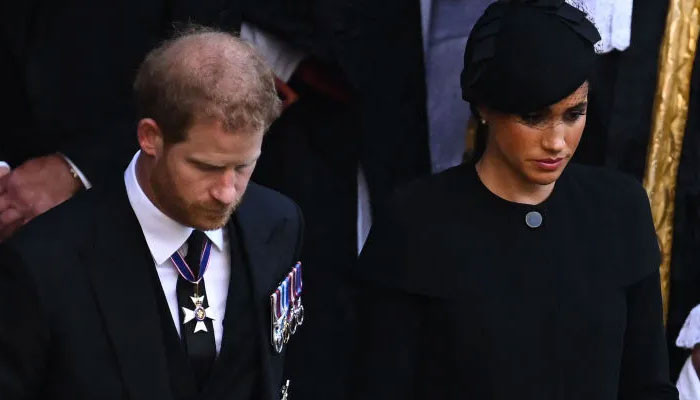 Prince Harry and Meghan Markle have reportedly been fuming in rage over the alleged treatment they received when in the UK.

This revelation has been made by royal biographer and expert Tom Bower, in his interview with GB News.

Bower began by admitting, “I thought the whole way the rest of the Royal Family treated Meghan and Harry today showed that they had very little sympathy towards them.”

“And, in return, Meghan and Harry looked quite angry that they were not being treated with the respect they think they deserve.”

“They are going to go back to Montecito fuming and the autobiography [of Prince Harry] will soon be dug out and released.”

“I would have loved to have known what Sophie Wessex said to Meghan Markle as they drove in the limousine between Westminster Hall and the church.”

“Sophie Wessex is a plain-speaking woman. Did she tell Meghan exactly what they all thought of her? The idea that the body language between William and Harry showed reconciliation is, in my view, nonsense.”

“How on earth can there be reconciliation when Harry and Meghan have said such terrible things about William and his wife? There is just no grounds for sympathy unless the two of them, the Sussex’s, apologise.”