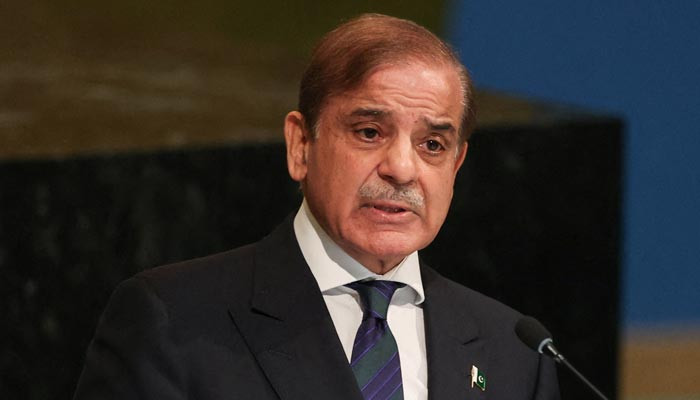 SHARM El-SHEIKH: Prime Minister Mohammad has reached the venue of Sharm El-Sheikh Climate Implementation Summit (COP27), which he will co-chair with his Norwegian counterpart shortly.

For the first time in the history of COP27, the members would discuss whether rich countries should compensate the poor nations most exposed to the adverse effects of climate change.

The PM arrived in Egypt on Sunday to participate in the conference that has drawn delegates from 197 countries.

The prime minister was received at Sharm El-Sheikh International Airport by high-level Egyptian officials, Pakistan’s Ambassador to Egypt and officials of the Pakistan embassy in Egypt.

The prime minister will also co-chair a roundtable discussion on Tuesday with his Norwegian counterpart on “Climate Change and the sustainability of vulnerable communities”.

He will participate in other events as a speaker, including the UN Secretary General’s roundtable to launch the ‘Early Warning Systems for Executive Action Plan’, and the ‘Middle East Green Initiative Summit’ tomorrow, being hosted by Saudi Crown Prince Mohammad bin Salman.

The prime minister is also scheduled to hold bilateral meetings with several world leaders on the summit’s margins.

On October 10, 2022, the United Nations Climate Change Conference of the Parties (COP-27) appointed Prime Minister Shehbaz Sharif as the vice-chair of the conference.