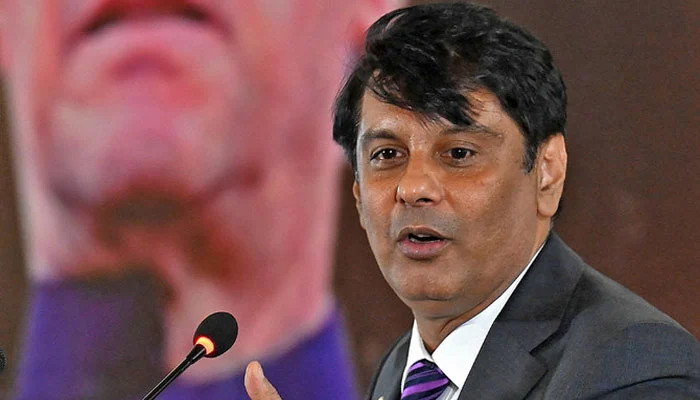 NAIROBI: Pakistan has called on the Kenyan authorities to share information about the telephone calls and the history of Waqar Ahmed, his wife Morin Waqar, and Khurram Ahmad to assist in the murder inquiry of slain journalist Arshad Sharif.

Republic of Kenya’s National Police Service has confirmed to Geo News that it received a letter from the Pakistan government asking for help in several areas to assist the murder inquiry of Sharif who was killed here on October 23 by the General Service Unit (GSU) armed officers.

The Pakistan govt has called on the Kenyan National Police services to provide its finding in Sharif’s killing case including the initial report of the incident; names and contact details of the instructors and trainers who were getting training at AmmoDump Training Camp at the time of the shooting – the site owned and operated by Waqar Ahmed, his wife Morin Waqar, and Khurram Ahmed over a large part of hilly land in a deserted area.

The Pakistan investigators have called on the Kenya police to share the name, rank and contact details of police officers involved in the shooting incident; call details date of all caused officers; the Geo-fencing report at the crime scene; ballistic report related to the incident; any record related to the movement of officers from GSU Headquarters to shooting incident; crime scene sketch; initial statement of accused officers; call details of the witnesses Waqar Ahmed, his wife Morin Waqar, and Khurram Ahmed.

Pakistani investigators Muhammad Athar Waheed, Director of Federal Investigation Agency (FIA) and Omar Shahid Hamid, Deputy Director General Intelligence Bureau (IB) have returned to Pakistan after completing the investigation in Nairobi and outside for one week.

A military officer appointed in Africa also was present during their meetings with the Kenyan authorities. During their stay in Nairobi, the Pakistani team met with Kenyan police officers, intelligence officers and several government functionaries. They also visited Sharif’s killing spot as well as the shooting range – AmmoDump – owned by the Ahmed brothers from Karachi. Waqar has told the investigators from Pakistan and Kenya that Karachi Kings CEO Tariq Wasi asked him to send a sponsorship letter to Sharif.

Investigators looking into the killing of journalist Sharif have also asked brothers Waqar and Khurram to provide CCTV footage of the apartment in Nairobi where Ashraf stayed and the training site out of Nairobi where Sharif was last seen alive before his tragic killing.

Pakistan authorities have asked both brothers to share CCTV footage of the penthouse apartment where Sharif lived as their guest for two months and three days; the list of names and contact details of instructors and treaters who were present at your training site, AmmoDump, at the time of the killing of Sharif; details of which organisations the trainers and instructors belong to; list of names and contact details of all staff employed by you at your training site; list of the individuals who met with Sharif during his stay at the premises; name and contact details of the individuals who asked to sponsor Sharif’s invitation letter; clarification about the whereabouts of Sharif’s iPad and cell phones which were last known to be in their possession.

After arriving in the Kenyan Capital, Geo News’ investigation team revealed that slain journalist Sharif’s visit visa to Kenya was sponsored and he didn’t get the entry visa on arrival.

The sponsor letter for Sharif to visit Kenya was sent by Nairobi-based property developer Waqar, brother of Khurram, who was driving Sharif on the fateful night of October 23, 2022, when Sharif died in a hail of bullets rained on him by the Kenyan police in a deserted area.