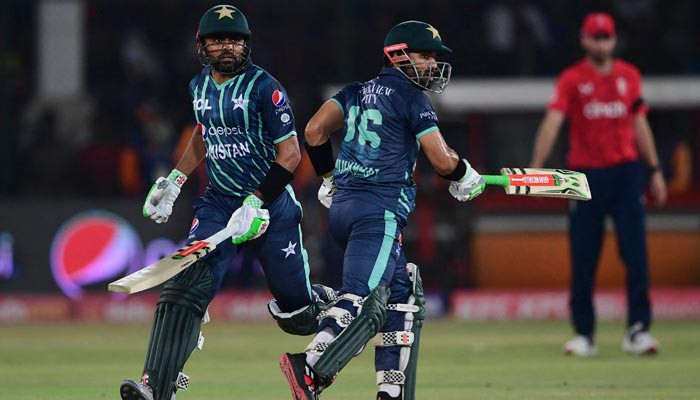 They have also become the first-ever batting pair in T20Is to amass 1,800 runs as batting partners.

The Pakistani openers have seven partnerships of over 100 runs — which is also the most by any batting partners in the shortest format of the game around the world.

Next to them are KL Rahul and Rohit Sharma of India, who have five-century partnerships to their credit.

Babar and Rizwan are usually criticised as Pakistan’s top-order pair. However, the number denies what is commonly perceived against them. Their average partnership is over 53 runs per innings.

Of their 1,800 partnership runs, they have scored 1,500+ runs since the start of 2021. No other batting partner has scored even 800 runs in partnership in this bracket.