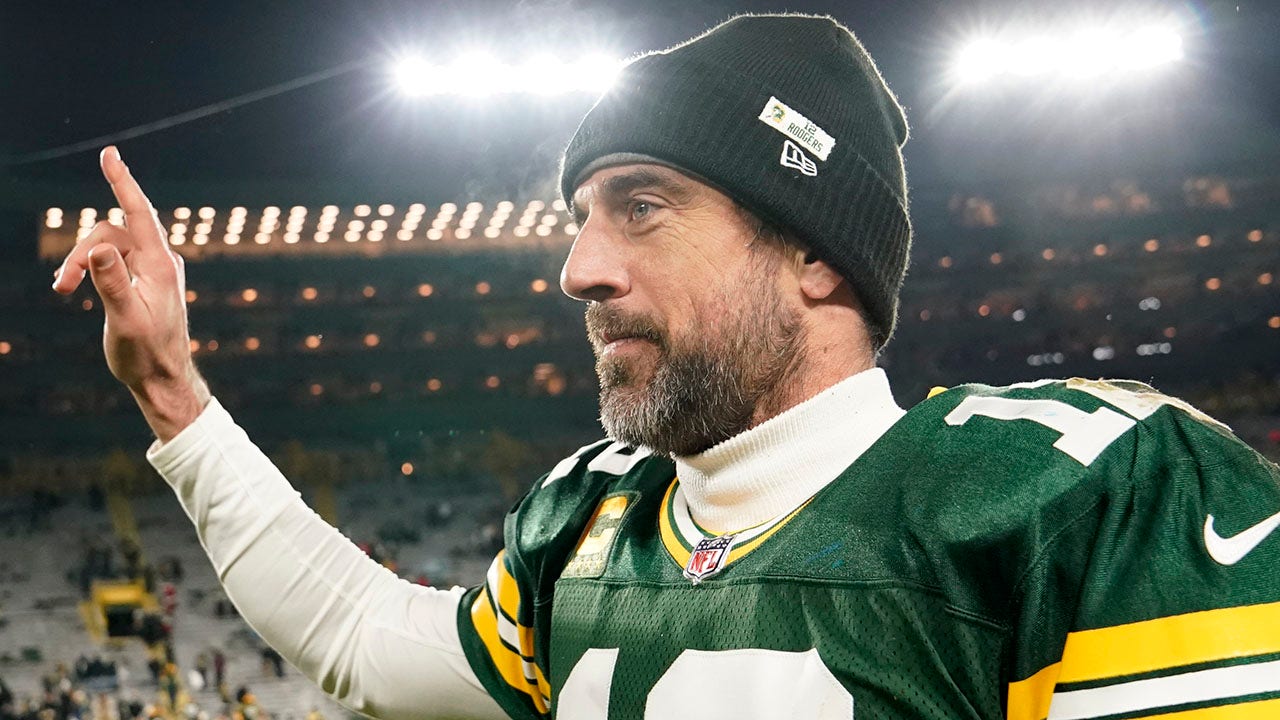 However, on Tuesday, Rodgers acknowledged that he does not anticipate that price tag being an issue if he does in fact decide to play another season.

Green Bay Packers quarterback Aaron Rodgers looks are a replay during the first half of an NFL football game against the Philadelphia Eagle, Sunday, Nov. 27, 2022, in Philadelphia.
(AP Photo/Chris Szagola)

TRADE INVOLVING PACKERS’ AARON RODGERS WOULD BE WORTH AN ‘ASTRONOMICAL AMOUNT’: REPORT

“I don’t think there’d be a scenario where I’d come back and that would be the number. I think it would definitely be – definitely things would have to shift.”

He continued, “I think there’s a lot of teams because of COVID that are strapped and you’re seeing with a lot of different contracts, they’re pushing money out in deals. They’re creating certain kind of void years to allow for an easier cap hit. So there would have to be some adjustments for sure.”

Rodgers has not committed either way to playing another season – either with the Packers or another team. However, NFL insider Ian Rapoport cautioned this week that any trade involving Rodgers would not only be a big ask financially, but would also likely include some high draft picks.

“So, you could do it, but like that is an astronomical amount for a quarterback,” he said on the show Monday.

Rodgers would have a number of potential landing spots if he decides to play and the Packers are willing to trade; however, one team in particular stands out because of its long-standing quarterback issues and the willingness to pay.

New York Jets owner Woody Johnson said earlier this month that he would “absolutely” be willing to spend big to get a veteran quarterback on the roster after another tumultuous year for second-year QB Zach Wilson.

“We’ve got a cap, so there’s an amount you can spend. But, yeah, yeah, that’s kind of the missing piece.”