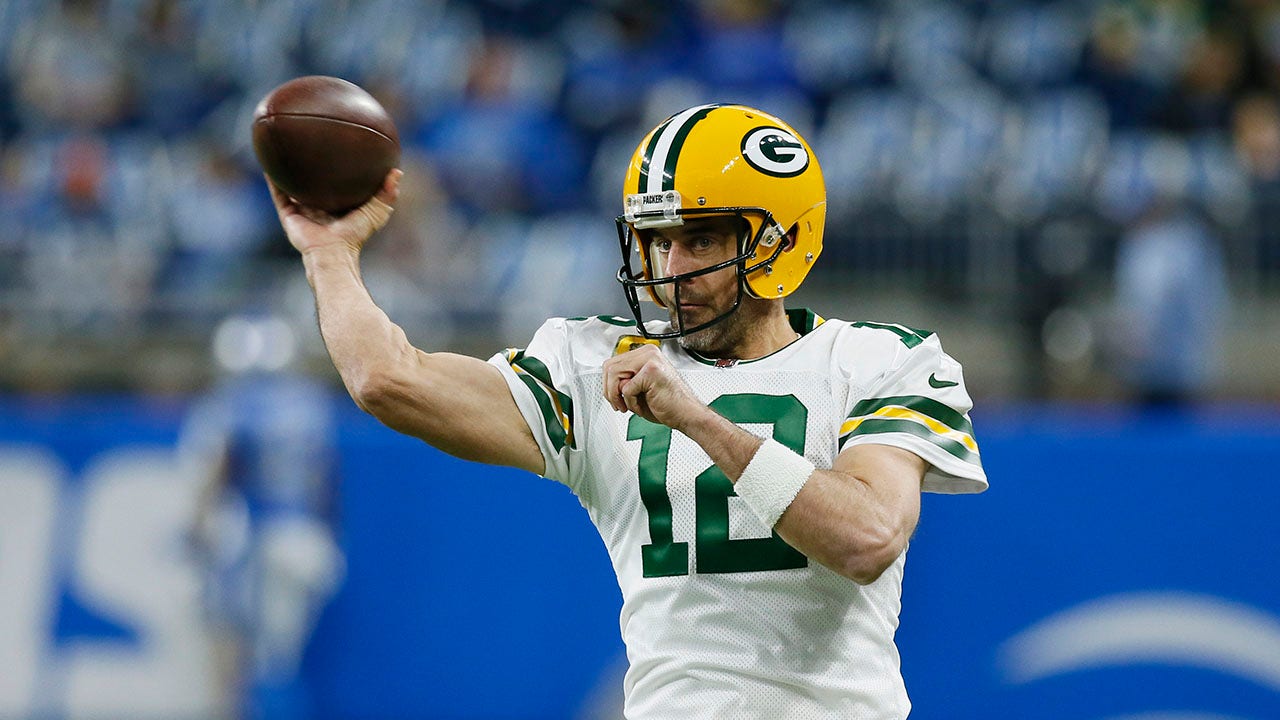 Aaron Rodgers and the Green Bay Packers started off shaky at the start of their Week 9 game against the Detroit Lions, and the star quarterback was not happy.

Rodgers had the Packers down in the red zone on their first drive of the game. But the 13-play, 88-yard series ended with a tipped pass intercepted by Lions safety Kerby Joseph. Rodgers was then seen on the sideline expressing his frustrations outwardly.

On the next drive, Rodgers connected with wide receiver Allen Lazard for a 47-yard gain that ended on the 1-yard line. However, the Packers failed to get into the end zone on the next three plays and the first quarter would end.

The Packers went for it on 4th-and-goal to start the second quarter, and Rodgers’ attempt at a pass to David Bakhtiari was intercepted by Lions rookie Aidan Hutchinson.

Green Bay entered the game 3-5 on the season and looking to snap a four-game losing streak. Injuries have plagued the team for the entire season. Romeo Doubs was seen leaving the game with an ankle injury earlier in the first quarter.

The Lions were at one point the best offense in the NFL. But the team entered 1-6 and on a five-game losing streak. The team lost by four points to the Miami Dolphins last week.