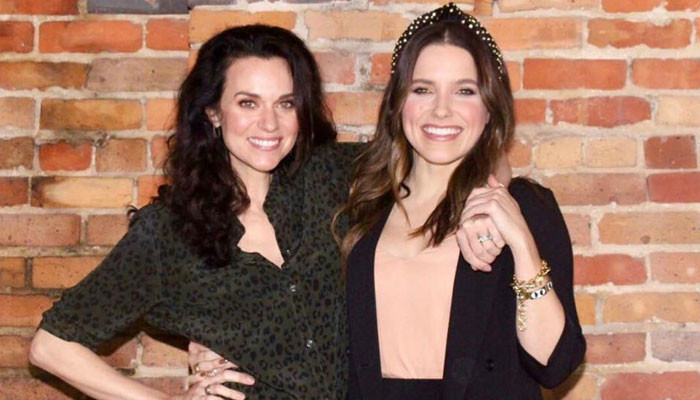 One Tree Hill costars Sophia Bush and Hilarie Burton posed  in twinning chic white suits and gushed about how the two share passion for activism and philanthropic endeavours.

Sophia Bush took to her Instagram and posted a series of snaps in which the duo can be seen twinning in chic white suits. Bush gushed Burton and how they both have similar interest in causes like climate change and fighting for people who are wrongfully convicted.

“You know how there are just those magical people in your life that have known you through every single version of yourself and that have loved you through all of them? The ones who you only get closer to with every passing year? The ones who you show up to break bread with, wearing the exact same — unplanned — outfit? Yup. She’s that person. She’s my person,” wrote Bush.

“Sister, I love love working to tackle climate change and wrongful convictions with you. I love being bad and sneaking away for wine and a bowl of pasta in the middle of the day with you. And I frickin’ love that we have arrived in our power suit era. We rule.”

Bush and Burton played best friends Brooke Davis and Peyton Sawyer, respectively, in the popular teen drama One Tree Hill. The series followed the lives of teen half-brothers Lucas Scott (Chad Michael Murray) and Nathan Scott (James Lafferty), two school basketball players with a contemptuous relationship, as well as their friends — all of whom live in the fictional Tree Hill, North Carolina.

While Burton exited the show in its sixth season – the show ran for nine – the two on and off screen besties have maintained their bond over the years.