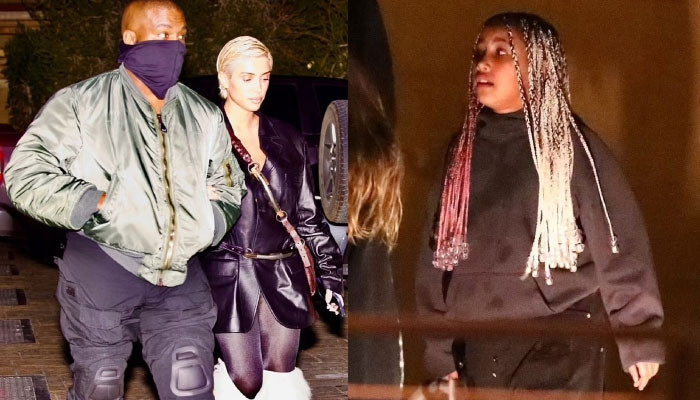 North West finally got to meet her new step mom, who is likened to mom Kim Kardashian, in appearance, at Nobu for dinner. Also present was father Kanye West.

On Sunday, January 22, Kanye West, better known as Ye, waited at the entrance with his new bride, to receive North West as she arrived with a friend after her security team dropped her off at the high-end restaurant.

As per Daily Mail, the newlyweds arrived first with Kanye sporting what appeared to be a wedding band.

The new stepmom cut a chic figure in an oversized leather jacket over a pair of black tights, and a maroon purse slung across her chest.

The Australian native finished-off her look with an over-the-knee heeled boots that were covered in white fur and wore her short blonde hair slicked back and carried her phone with her.

Meanwhile, the Flashing Lights rapper sported an army green puffer jacket, black cargo pants, and boots. On his pants there were pads over his knees.

Kim and Kanye’s daughter, North arrived in an oversized black hoodie and ripped black jeans. She wore her hair in long braids and had them dyed pink on one side of her head and white on the other.