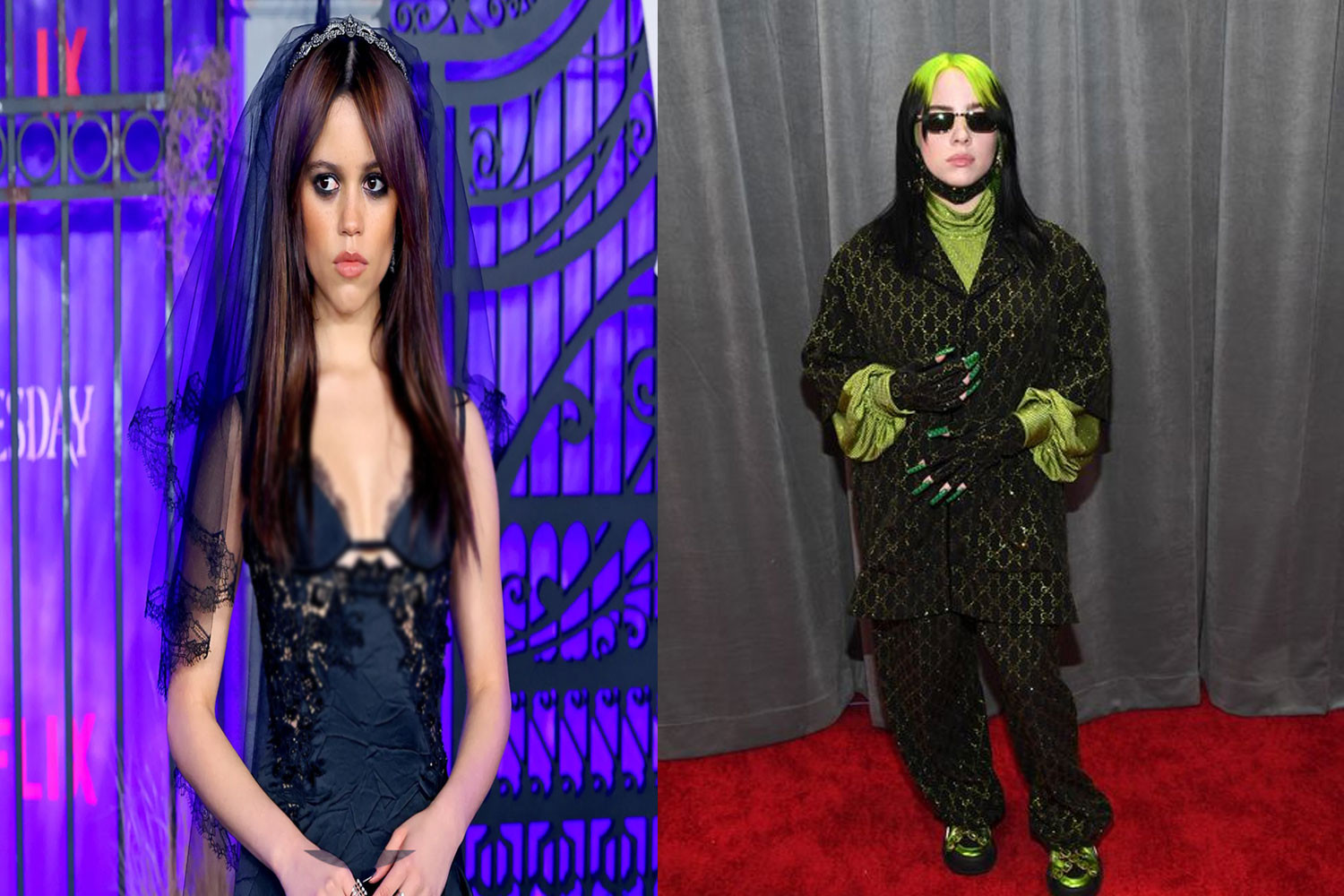 Besides her wit, Wednesday’s spunky style has also grabbed the eyeballs, and in her recent interview with USA Today, the 20-year-old actor disclosed which famous celebrity was a major inspiration behind her character’s iconic goth girl avatar.

While getting candid with the publication, Jenna Ortega revealed that the most critical part of playing Wednesday Addams in Wednesday for her was that “we weren’t making her like every other teenage girl.”

Ortega revealed that the Grammy and Oscar-winning musician Billie Eilish was on “the mood board” when Team Wednesday was figuring out her character’s popular gothic look and wardrobe.

Moreover, the director on the series Tim Burton was all praises for Jenna Ortega’s pitch-perfect performance as Wednesday Addams, which is a complex role and not easy to portray.

According to the Oscar-nominated filmmaker, Jenna stayed true to Wednesday, striking “the right balance without softening her character, [while] showing sort of a humanness underneath it.”