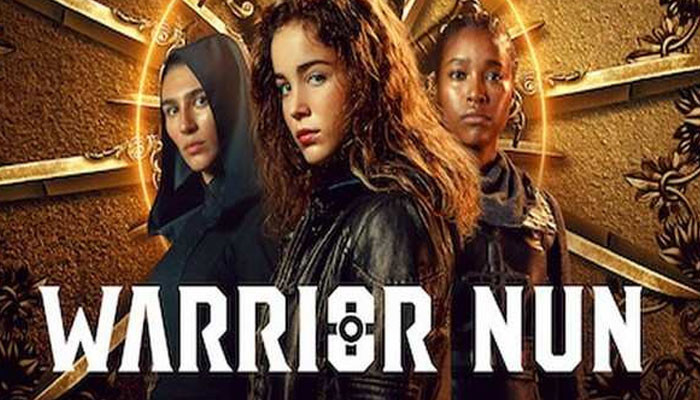 Warrior Nun fans have put up billboard outside of Netflix’s headquarters to try and save the show.

A fan named Sarah turned to Twitter from Sarah to reveal that a group of Warrior Nun fans had a billboard erected outside of Netflix’s headquarters, reading “#SaveWarriorNun” in a large font.

Beneath the title, it reads, “Paid for by Sarah B. and Warrior Nun fans across the globe,” along with a contact email.

The billboard was placed directly across from the Netflix building on the corner of Sunset Boulevard and North Van Ness Avenue in Los Angeles, and will remain for four weeks.

To date, the post has received over one million views and has even caught the attention of some vital Warrior Nun crew members.

Writer David Hayter has also posted a picture of himself in front of the billboard to Twitter, with the caption,”I went to see the billboard today, right across from Netflix HQ. You are the best fans in the world.”

Warrior Nun creator Simon Barry has responded to the billboard as well, saying, “Incredible!! I’m stunned and beyond impressed. You guys are next level!”.

For the unaware, Warrior Nun features a strong female lead and queer romances, the show received cult success with a very dedicated fanbase supporting the series.