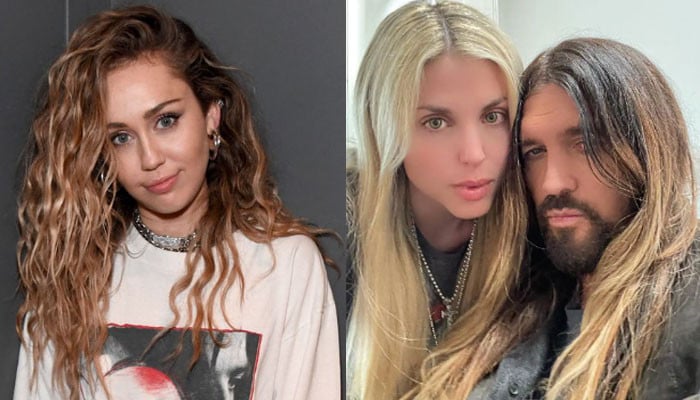 Miley Cyrus is yet to congratulate her dad Billy Ray on his engagement with Firerose following his divorce from singer’s mother Tish Cyrus.

The Party in the U.S.A. singer was “shocked and appalled” when she discovered her father is dating a girl so young and now the engagement is “a real kick in the teeth” for her.

An insider told Radar Online, “Miley was already shocked and appalled that Billy Ray and Firerose were hooking up, so now that he’s stuck a ring on this gal’s finger, it’s a step beyond and a real kick in the teeth.”

“Miley’s very protective of her mom, and the consensus is that their dad’s being a jack— and throwing his life and money away on this girl,” the source added.

The source went on to say that Tish has “filed for divorce before” but she reconciled with Billy which made everybody “kind of thought that would happen this time too.”

“But now that Billy’s proposed to Firerose that’s never going to happen,” the source noted before adding that Miley is now not talking to her father.

“She’s now wondering if he’s just incapable of growing up and she’s made the hard choice to distance herself from him,” said the source.”

The Disney alum’s parents parted ways earlier this year after 30 years of marriage, following which Miley has grown distant with Billy.