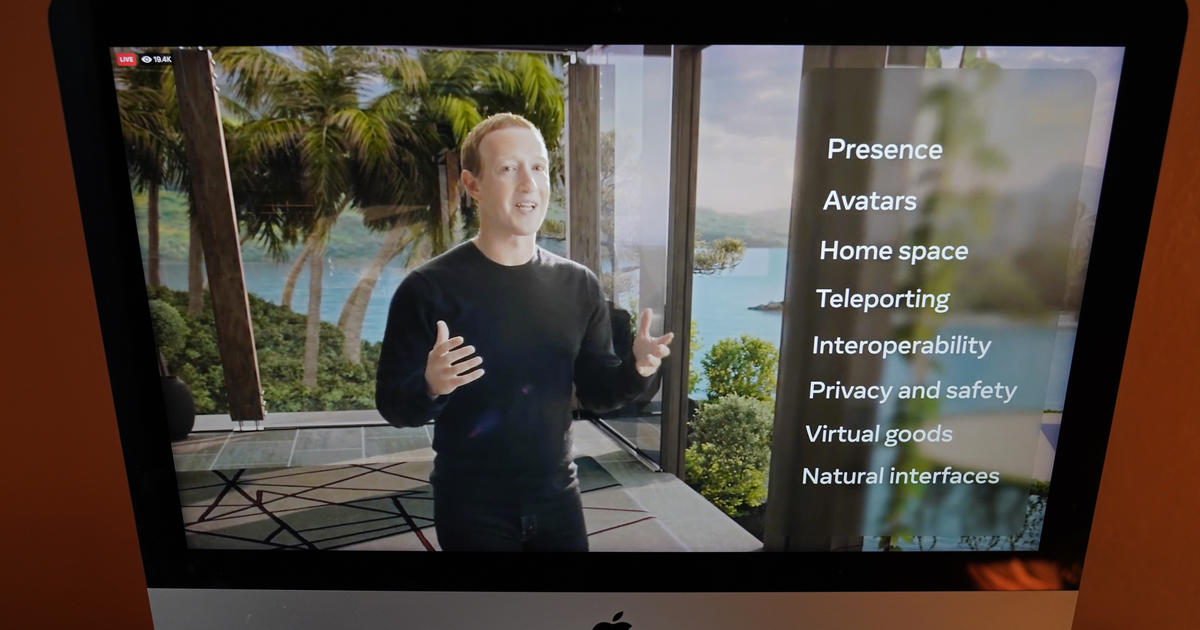 Facebook parent Meta Platforms is making a huge investment in virtual reality, but its actual reality is looking like a real disaster.

Meta shares tumbled 24% on Thursday to its lowest level in nearly four years following an earnings report that one Wall Street analyst described as a “train wreck.” It’s a far cry from the company’s position nearly a year ago, when CEO Mark Zuckerberg on October 28, 2021, announced with great fanfare that Facebook was changing its name to Meta Platforms to emphasize its focus on the “metaverse.”

Last fall, Facebook was still riding high: Its market value reached a peak of more than $1 trillion in September 2021. Revenue and profits were surging as advertisers flocked to Facebook and Instagram to reach their billions of users.

To be sure, practically the entire tech industry has taken a beating this year, but Meta’s stock plunge has far outpaced the overall sector, with its shares down 67% from a year earlier compared with the tech-heavy Nasdaq’s 31% slide over the same period. Meta’s plunge translates into an eye-popping loss of about $700 billion in market value.

On Thursday, Meta’s market value sank to $268 billion, down from more than $1 trillion in September of 2021.

The company’s travails raise questions about its all-in bet on the metaverse, as well as whether the social media company could suffer the fate of other major businesses whose gambles on the future failed to pay off. In the near-term, Meta’s core Facebook business is facing challenges as the economy slows and advertisers trim spending.

“Meta’s results last night was an absolute train wreck that speaks to pervasive digital advertising doldrums ahead for Zuckerberg & Co. as they make the risky and head scratching bet on the metaverse,” Wedbush analyst Dan Ives said in a report.

On a Wednesday conference call to discuss Meta’s latest earnings, Zuckerberg told investors he is “pretty confident this is going in a good direction.”

Investors aren’t convinced. The company is making what amounts to a wildly expensive bet on its ability to transform into a virtual reality behemoth and whether that technology can power the next phase in Meta’s growth.

Although such strategic pivots can take years for big companies to execute — as it did for IBM and Microsoft as they morphed from selling hardware to software — the early returns for Meta have been grim. For the first nine months of the year, Meta lost $9.4 billion on its metaverse unit, Reality Labs. It expects the unit to have “significantly” wider operating losses in 2023, the company said on Wednesday.

Investors are skeptical because, at least so far, consumers aren’t exactly flocking to the fledgling metaverse. Unlike the longer time-lines for building businesses common in Silicon Valley, Wall Street values companies based on near-term returns rather than hazier projections that stretch years into the future.

Horizon Worlds, Meta’s new virtual space, trimmed its goal for monthly active users to 280,000 from 500,000, but the space is attracting fewer than 200,000, the Wall Street Journal reported earlier this month.

“[I]nvestors should remain on the sidelines as it will take many years before progress in the metaverse can be truly monetized,” Angelo Zino, senior equity analyst CFRA Research, told investors in a research note.

By comparison, Facebook had a massive base of 1.98 billion active daily users on average for September — a 3% increase from a year ago.

That may seem respectable, but it’s far from the huge growth Facebook experienced in earlier years. And the slower growth comes after Facebook in February said it had lost users for the first time in its history.

The social media juggernaut, Meta’s huge moneymaker, is battling challenges from upstarts like TikTok, which is grabbing younger consumers.

Meta’s lifeblood is the advertising revenue booked by Facebook, Instagram and WhatsApp, with businesses eager to reach their billions daily users. But its ad revenue fell in the most recent quarter, with sales drooping 3.7% and adding to investor concerns.

On the ad front, Meta faces a double whammy. An economic slowdown means that advertisers are cutting spending, with the company on Wednesday pointing to an “uncertain and volatile macroeconomic landscape” for ads. The company is also grappling with the impact of Apple’s privacy changes to apps that run on its devices. That change means consumers can ask apps to not track them, and which Facebook has said will cost it $10 billion this year.