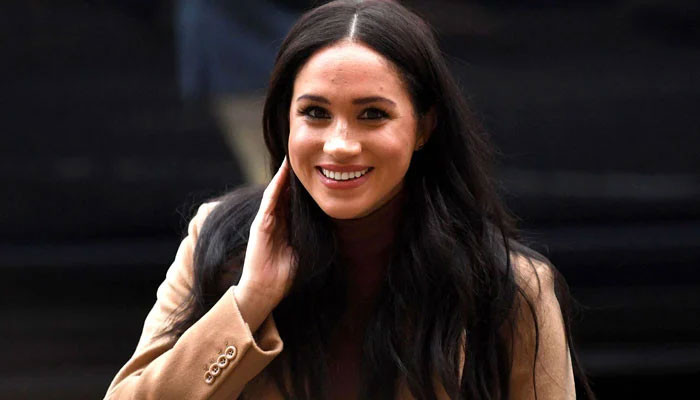 Meghan Markle became a symbol for Italian fans to diss Brits at the Euro 2021 final which was attended by Prince William along with Kate Middleton and eldest son Prince George.

However, it was the Duchess of Sussex’s presence which was felt the most due to a brutal banner by some Italian supporters.

Italians waved a red, white and green flag which had a cheeky message in the middle with black marker pain. “Meghan One Of Us” red the flag.

Many England fans found the banner as a dig at the Royal Family’s rift with the Duchess of Sussex.

Taking to Twitter, one person wrote: “We all prayed in the name of Meghan Markle for Italy to win and they (expletive) DID!!! #ITA”

“Thank you, Italy for doing it for Meghan Markle and Prince Harry. I love watching that country sad it makes me happy,” wrote another fan.

“Whatever, I can’t feel sorry for Brits,” a third wrote adding, “They have been super mean since Meghan and Harry opted to give up their royal duties.

“And to be honest Italy played better both in the final and throughout the tournament.”