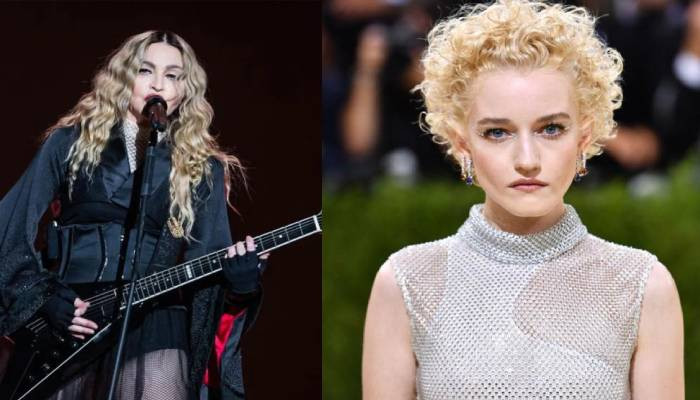 Madonna has recently put her biopic on hold for indefinite period of time, according to media report

On Tuesday, the Variety magazine reported that the pop icon’s movie, which was set to star Julia Garner, is not moving forward in development at Universal Pictures.

The outlet reported, citing multiple sources, that Madonna intends to make a movie about her life “one day” but for now, her sole focus is the newly announced The Celebration Tour.

A week ago, the pop star announced on social media that she would be taking on a new world tour which will mark her 12th world tour. The tour is supposed to begin in July and will take her across 40 cities.

The outlet also mentioned that in 2020, Universal Films first revealed about the early development of biopic and also Madonna was assigned as co-writer and director of this movie.

It is pertinent to mention that the Material Girl singer had co-written the script with Oscar winner Diablo Cody while Ozark star Julia was “selected to play Madonna in the biopic”.

For the uninitiated, Madonna had already directed two movies including the 2008 Filth and Wisdom and a W.E. which was released in 2011.

Meanwhile, representatives for Madonna, Julia and Universal Pictures did not respond to Variety’s request for comment on the matter.