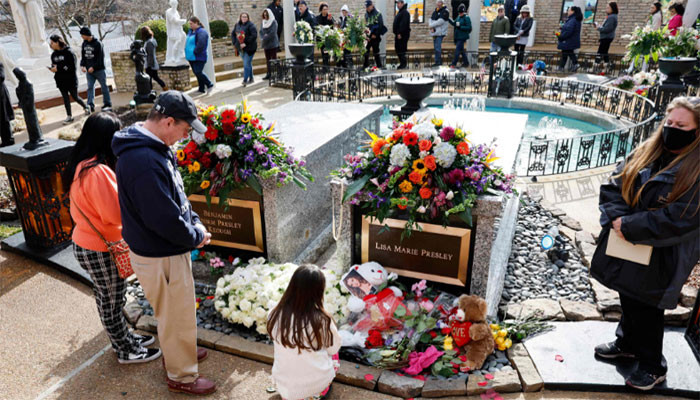 Memphis: Singer-songwriter Lisa Marie Presley, the only child of rock and roll icon Elvis Presley, has been laid to rest at the family´s legendary Tennessee home Graceland, where hundreds of fans and loved ones gathered Sunday for a public memorial service.

According to reports, she was buried next to her son Benjamin at Graceland.

“Grief is the price we pay for love,” the Duchess of York, Sarah Ferguson, told the mourners, quoting her former mother-in-law — the late Queen of England Elizabeth II.

Presley, who led a tumultuous life in the sprawling shadow of her world-famous father, and who attended a high-profile awards ceremony just this month, had been rushed to a California hospital´s intensive care unit for cardiac arrest and died shortly after.

She was Elvis´s only child.

She was left devastated following the death by suicide of her son Benjamin less than three years ago. (Web Desk/AFP)