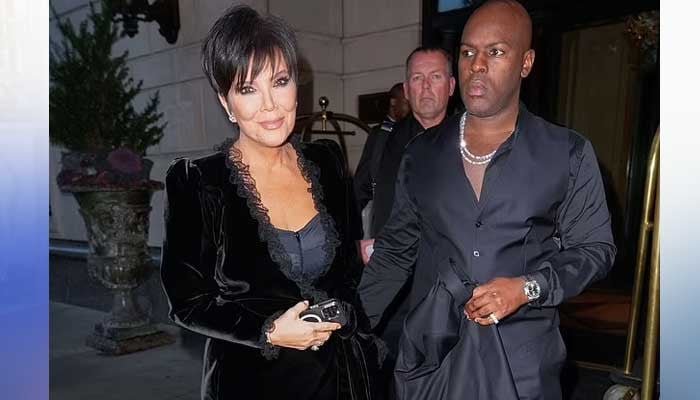 Kris Jenner put on a stylish display as she celebrated her 67th birthday with toyboy Corey Gamble in Manhattan on Saturday night.

Kendall Jenner’s mom, 67, was looking smashing in all-black ensemble, giving a natural smile to the camera.

Gamble gushed on Instagram: ‘Happy birthday to the best mom I’ve ever met. [You’re] the definition of that title. You’re a force of love! I love [you] much my lady. I’ve told [you] so much today in real life that I guess there’s no need to write a paragraph here. Haaa!’

Kris – who received dozens of birthday bouquets from friends and family – reposted Corey’s tribute via Instagram Story with a single heart emoji.