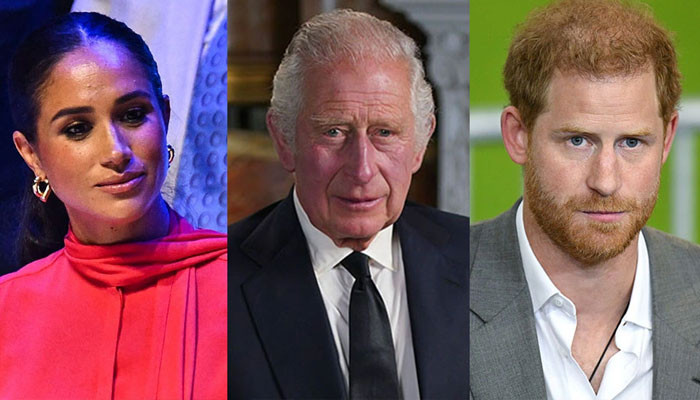 King Charles III did not want Prince Harry and Meghan Markle to influence Queen Elizabeth II with their loved-up gestures.

The Duke and Duchess of Sussex, who made a surprise visit to Windsor Castle earlier this April, two years after quitting their duties as senior royals, were asked to have an audience with Charles ahead of her Her Majesty.

Author Katie Nicholl in her book The New Royals shares: “Charles insisted on meeting Harry and Meghan before their audience with the Queen.

“According to one insider, he wanted to make sure Harry would be able to sweet-talk her the way [Prince] Andrew had, and get her to agree to anything without Charles’s say-so.”

“Harry went in with hugs and the best of intentions and said he wanted to clear the air,” a family friend said.

“He actually suggested that they use a mediator to try and sort things out, which had Charles somewhat bemused and Camilla spluttering into her tea.

“She told Harry it was ridiculous and that they were a family and would sort it out between themselves,” added the author.