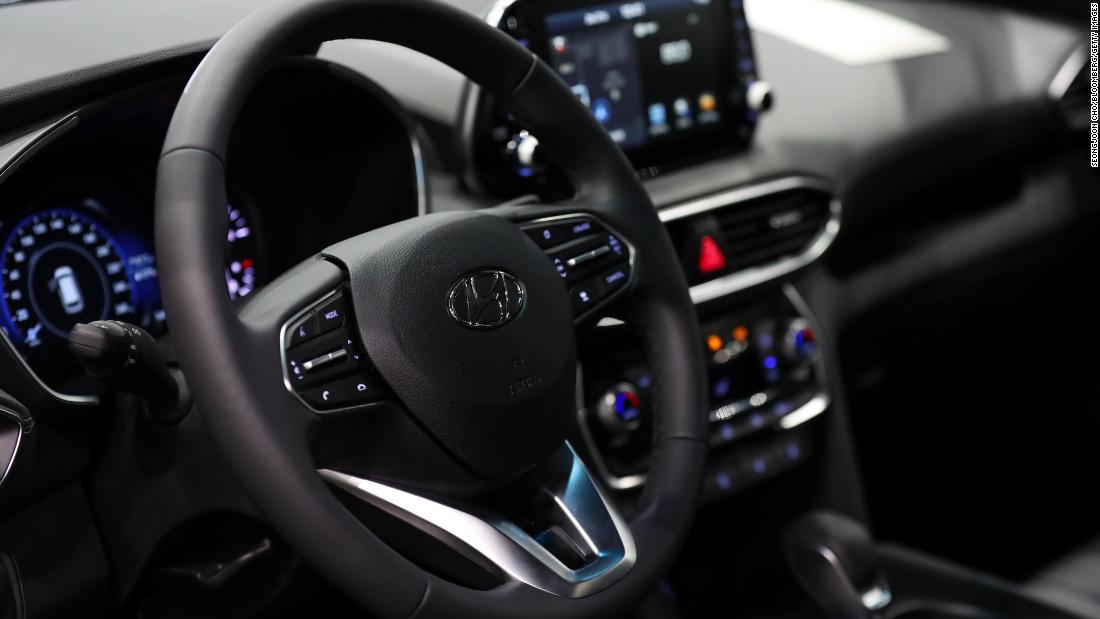 In fact, 2015-2019 Hyundai and Kia models are roughly twice as likely to be stolen as other vehicles of similar age. The reason is many of these vehicles lack some basic auto theft prevention technology included in most other vehicles, even in those years, according to the HLDI.

These models don’t have electronic immobilizers which rely on a computer chip in the car and another in the key that communicate to confirm that the key is authentic and really belongs to that vehicle. Without the right key, an immobilizer should do just that — stop the car from moving.

Immobilizers were standard equipment on 96% of vehicles sold for the 2015-2019 model years, according the HLDI, but were standard on only 26% of Hyundais and Kias. Vehicles that have push-button start systems, rather than relying on metal keys that must be inserted and turned, have immobilizers, but not all models with turn-key ignitions do.

Hyundai and Kia operate as separate companies in the United States, but Hyundai Motor Group owns a large stake in Kia and various Hyundai and Kia models share much of their engineering.

The auto theft trend spread widely on social media last year, according to HLDI. In Wisconsin, where it first became popular, theft claims of Hyundais and Kias spiked to more than 30 times 2019 levels in dollar terms.

Some videos posted on TikTok showed allegedly stolen Hyundai and Kia vehicles being driven recklessly and even crashing. “TikTok does not condone this behavior which violates our policies and will be removed if found on our platform,” a TikTok spokesperson said recently.

The method of theft, which involves serious damage to the ignition system, indicates that these cars are being stolen for fun rather than for resale, according to the HLDI.

“When you forcibly break the ignition, you’re causing so much damage that it’s not easy to re-VIN and resell the vehicle on the open market,” Darrell Russell, a former auto theft investigator who is now a director of operation at the National Insurance Crime Bureau, said in a statement. To re-VIN a vehicle means to change or replace its Vehicle Identification Number, an identification code made from 17 letters and digits, to make the vehicle harder to trace.

HLDI’s estimates of theft frequency are based on the number of a given model on the road and the frequency of vehicle theft claims. Some vehicles are stolen very often simply because so many have been sold, and so there are simply lots of them on the roads to steal.

In the case of these Hyundai and Kia models, though, the theft rates are far out of proportion to their numbers on the road.

Vehicles produced after November 1, 2021 and those with push button start are not liable to stolen in this way, Hyundai spokesman Ira Gabriel said. Electronic immobilizers became standard on all Hyundai vehicles, including those with keyed ignitions, after that date.

Also, for those with older vehicles that do not have the immobilizers, Hyundai has identified a kit that can be installed to prevent this sort of theft. Beginning October 1, the security kit will be available for purchase and installation at Hyundai dealerships and at authorized installers, the automaker said in a statement.

Kia pointed out the majority of Kia vehicles in the United States have push-button start systems that make theft more difficult. The NICB advises owners who are worried their vehicle may be a target for theft to take easy steps like always locking the doors and parking in well lit areas. Beyond that, owners can also use aftermarket theft prevention devices like add-on alarm systems, steering wheel and pedal locks and kill switches.

Among newer vehicles, the Dodge Charger SRT Hellcat, a large sedan with a supercharged V8 capable of producing more than 700 horsepower, was most popular with thieves relative to its numbers on the road, according the HLDI. Dodge vehicles are made by the global auto company Stellanits.

“All Stellantis vehicles meet or exceed applicable federal standards for safety and security. We employ industry-standard technologies, including immobilizer capability, across our North American vehicle lineup,” a spokesman said in an email. “Notwithstanding, we urge all motorists to take due care in securing their vehicles.”