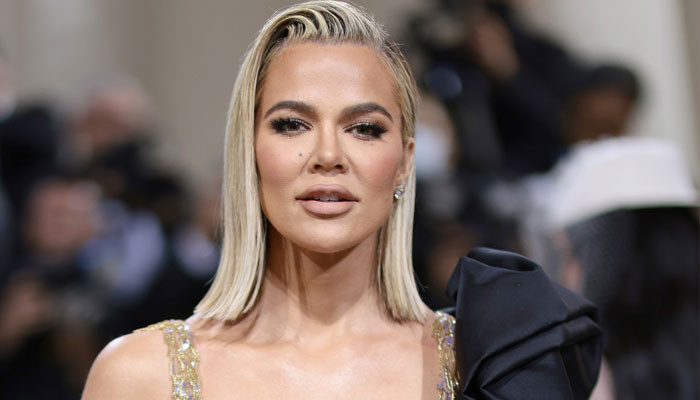 Khloe Kardashian has landed in hot waters for posing with her newborn son on a hospital bed even though he was born via surrogacy in recent episode season 2 of The Kardashians.

Several critics went online to bash the Good American co-founder for airbrushing “the birthing mother out of the picture” after her snaps gone viral on the internet.

In a clip from the recent episode of the reality TV show, Khloe could be seen sitting on the hospital bed while holding her newborn son, whom she shares with Tristan Thompson, in her hands.

“Khloe Kardashian has taken advantage of a poor woman’s vulnerable situation to rent her womb and buy her child,” one angry user wrote on social media as per Marca Magazine.

“And she also had the cheek to get into the hospital bed to have her photo taken, as if she was the one who had given birth. How shameless,” the comment added.

Another user penned on Twitter, “The person you’re looking at is Khloe Kardashian. Did she just give birth? No, the baby is a surrogate. Yes, she bought it. And yes, she’s decided to lie on a bed in a clinic as if she’s the one who gave birth.”

“Top story on Daily Mail website shows Khloe Kardashian in a hospital bed with her newborn son,” one user on Mumsnet said. “Only problem is she used a surrogate.”

“It’s bad enough men trying to erase women but when a woman tries to airbrush the birthing mother out of the picture it makes me feel a bit sick,” it added.

“Something is off with people becoming parents via surrogacy and then taking pictures in a hospital bed with a new born [sic],” another user slammed Kourtney.

“It’s completely unnecessary. They could have just posted a picture of the baby in it’s [sic] bassinet,” the comment further read.