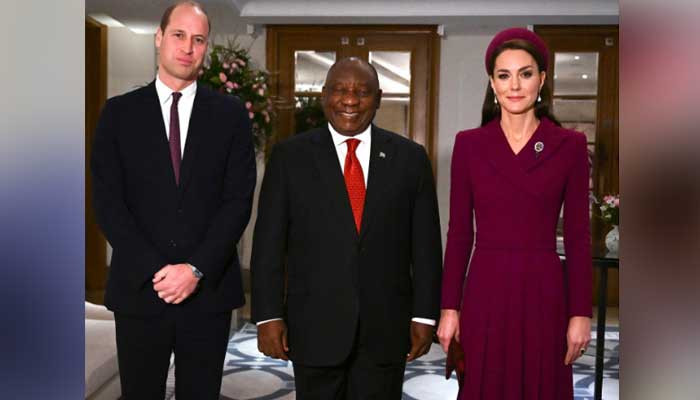 The Britain’s new King welcomed the president of South Africa to the UK in his first state visit as monarch. The Prince and Princess of Wales played a major part in the important diplomatic event.

The royal couple greeted the president at London hotel, travelling with him to Horse Guards Parade for the ceremonial welcome with King Charles, and joined the carriage procession back to the Palace.

The Prince and Princess of Wales shared the picture of their meeting with the president on their official Instagram account, captioning: “A pleasure to welcome President @CyrilRamaphosa to the UK.”

The Princess’ coat was crafted from rich burgundy wool, which she paired perfectly with sleek pointed-toe heels and the Princess of Wales’ feather brooch – a royal heirloom gifted to the late Princess Diana when she married Prince Charles in 1981.

The mother-of-three’s enviable brunette tresses were styled in loose curls that framed her pretty features, cascading past her shoulders under a chic pillbox hat adorned with an oversized bow.