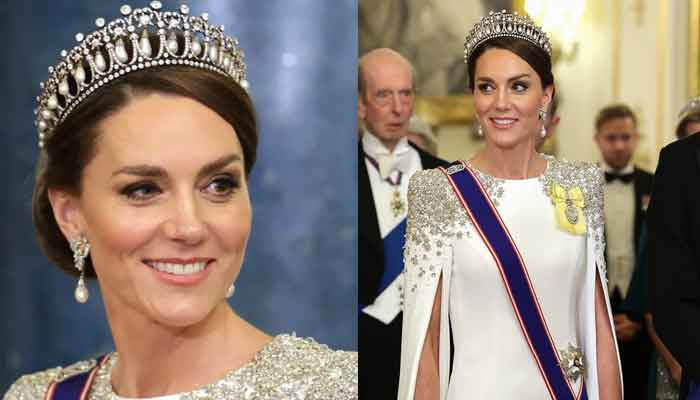 Kate Middleton dazzled at the South African state banquet on Tuesday night, wearing the Lover’s Knot tiara, which was a favourite of the late Princess Diana.

The Princess of Wales turned heads as she wore a £14,500 brooch on her sash, previously spotted at Remembrance Day service earlier this month. Prince William’s wife’s other jewellery was just as show-stealing.

The 40-year-old stole King Charles’ show as she appeared to be the real queen in awe-inspiring outfit.