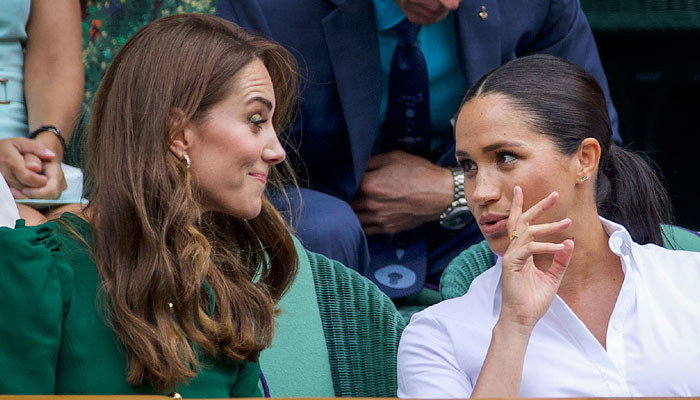 Kate Middleton reportedly had other intentions for Meghan Markle and wanted her ‘completely absorbed’ into the trio.

These revelations have been made by body language expert Judi James, in her interview with Express UK.

She began by pointing towards the ‘constant attempts’ to hide the ‘tense’ auras around Kate and her sister-in-law and claimed, “Everyone assumed for no good reason that they would become close friends and that Meghan would be absorbed into the trio of Harry, William, and Kate happily and willingly.”

Especially since “The most recorded relationship was between Kate and Meghan.”

However, the hidden agenda was allegedly ‘an open and shut case’. “There are numerous photos of the two women looking like the best of pals, but many appear to be ‘signal’ poses.”

Hence she believes, the goal was simply to “stop rumours [sic] of a rift rather than signals of any authentic friendship.”

This comes in reference to the ‘frost’ that washed over the duo during their family outing, where Kate leaned in to “chat right in front of the cameras” but “polite smiles and the odd giggle from Meghan do not guarantee genuine, behind-the-scenes warmth.”