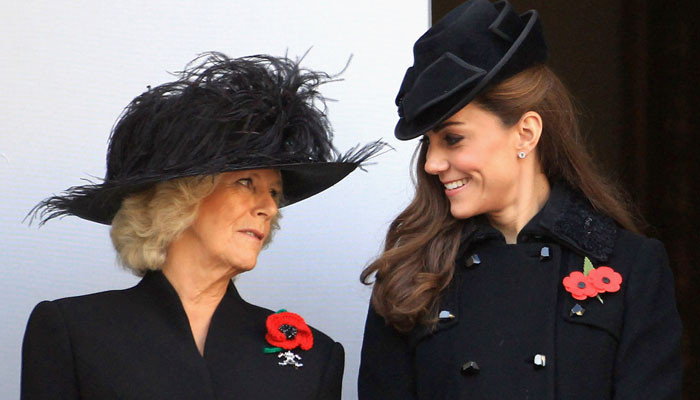 In the video circulating on social media, King Charles sweetheart can be seen smiling from ear to ear as Kate and William moved towards the podium after Camilla welcomed the South African leader.

Camilla, then, moved closer to the Prince and Princess of Wales to apparently crack a joke, leaving the royal couple in stitches.

Earlier, there were rumours Kate Middleton and Camilla are reportedly engaged in a secret power struggle following the death of Queen Elizabeth.

According to a report by Daily Express UK, per Hindustan Times, Prince William’s wife is becoming increasingly irritated with Queen Consort Camilla, and the two royal ladies have not been able to see eye to eye on numerous engagements.

The report further claims, Kate and Camilla had also a massive fight at Windsor castle.