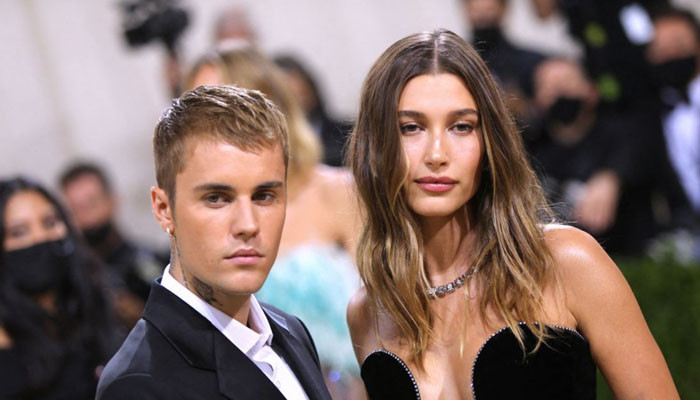 Justin and Hailey Bieber were spotted together at NFL star Odell Beckham Jr.’s 30th star-studded birthday bash in West Hollywood over the weekend.

The pair attended the glam event alongside Hailey’s BFF Justine Skye. In the pictures, shared online, the STAY singer was seen holding hands with his wife as they arrived at the party.

For the night, the Rhode founder, 22, chose a classy and sultry gorgeous corset dress by Alex Perry. The midi-length pastel-blue gown included a deep neckline, a corseted torso, and ruched detailing on the skirt.

Hailey opted for glittery silver heels, a gold chain-link bracelet, and matching earrings, with her hair styled in an updo.

Justin, 28, on the other hand, kept it casual in a gray hoodie from his line Drew House, paired with black trousers, and a pink beanie.

It marked the couple’s first public appearance in months since Justin had been had been diagnosed with Ramsay Hunt syndrome months earlier.