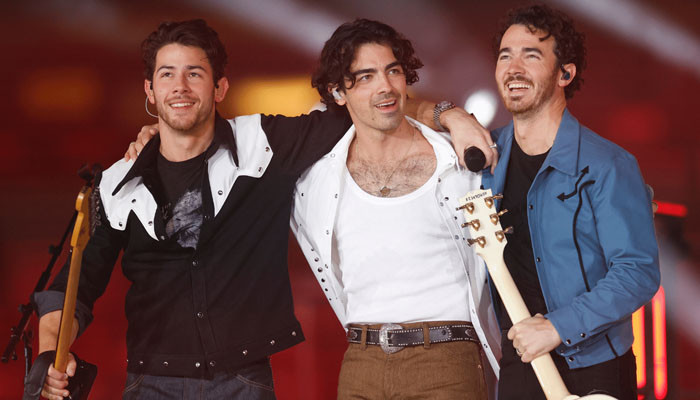 The Jonas Brothers set the stage on fire as they performed during the New York Giants and Dallas Cowboys Thanksgiving game halftime on Thursday.

Jonas Brothers band featuring Nick, Joe and Kevin Jonas delivered an electrifying performance at the AT&T Stadium for during the exciting game on Thanksgiving Day.

“We couldn’t be more excited to return to AT&T Stadium and play The Salvation Army halftime show,” Jonas Brothers said in a press release.

“We are honored that our performance will help raise awareness of the great need that exists and encourage everyone to donate to The Salvation Army to make a difference in their communities this holiday season and all year long.”

The star performers, who hail from New Jersey and are New York Giants fans – they grew up in Wycoff, just 20 miles from MetLife Stadium and they have some history with the Cowboys.

The band entertained audience with a medley of their hit numbers. Fans also took to Twitter and reacted to their much-awaited performance.