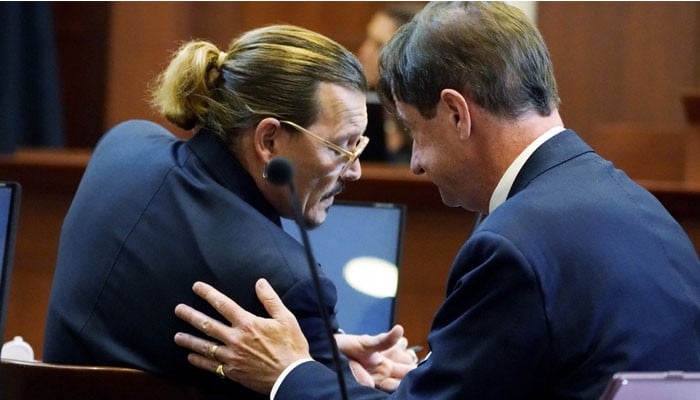 Johnny Depp shared a heartwarming hug with his lawyer Benjamin Chew after he delivered a moving closing argument in Depp’s $50 million defamation case against ex-Amber Heard.

Now, Ben has once again made headlines for keeping picture of the memorable embrace he shared with the Pirates of the Caribbean actor and leaving fans in awe.

During his recent appearance on television, Ben spoke about Alex Jones defamation trial. Fans noticed a picture frame of him embracing the Rum Diary actor in the background on his work desk.

After six weeks in the trial against Heard, Chew told the jury, “It is about restoring his lost reputation. It’s about showing Mr. Depp’s children, Lily-Rose and Jack, that the truth is worth fighting for. It is. And it’s about restoring Mr. Depp’s name and standing in the community to the fullest extent that you can, and you can do something.”

Depp was seen smiling as Chew returned to his seat, and then hugged his lawyer. The moment received heartwarming reactions on social media as well.