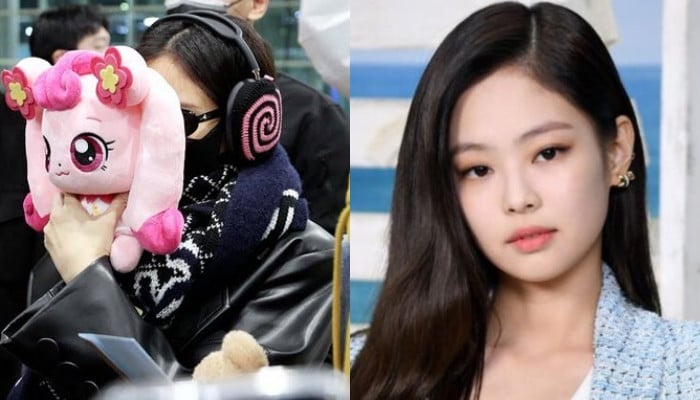 BLACKPINK is one of the most loved music groups globally. They receive a lot of affection in form of gifts and they never shy away from flexing the love they get from fans. Recently, Jennie, a member of BLACKPINK received a special gift from a fan at airport.

Jennie arrived back in Korea on November 22 and even after her flight was extremely long, she made sure to stop by and receive gifts from her fans. Out of the gifts she received, the most special one was a pink stuffed toy after which she wasn’t able to stop expressing her gratitude towards her fans.

She also hid her face with the toy extremely cutely which made all BLINKs waiting for her go crazy. She held onto the toy until she got to her car.

The pink toy ‘Hachuping’ translated as ‘Heartspring’ in English is a character from a well-loved Korean animated children’s series, Catch! Teenieping. The character is widely popular and it was given to Jennie because earlier she was compared to this character during a children’s show.