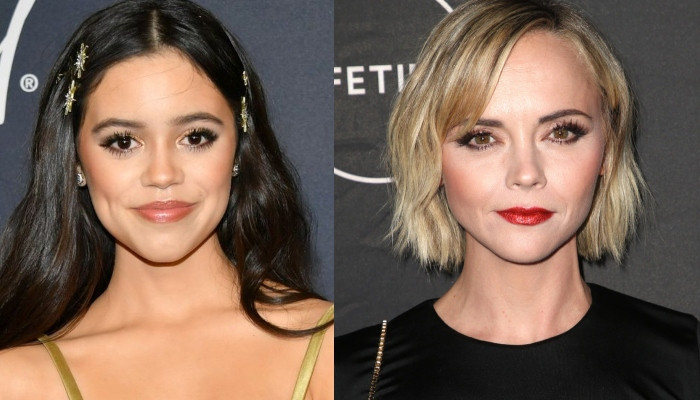 Jenna Ortega recently opened up about how she got close with Christina Ricci, the titular character in the 1991 film The Addams Family and its 1993 follow-up Addams Family Values.

Wednesday Addams was released on November 23, starring Jenna Ortega as Wednesday. The actress reveals how she bonded with Christina Ricci who made a cameo appearance on the show.

Ortega spoke exclusively to Enews about her character on the show and more. She shared, “Playing Wednesday as a teenager—I think we had that conversation a little bit later.”

Speaking about Ricci, the 20-year-old said, “She related to a lot of the struggles or interesting challenges that made the job more fun or exciting in certain aspects, and that I really appreciated.”

The outlet reveals both actresses realised that playing the character of Wednesday requires a sarcastic tendency, a little more than the others.

The You alum explained, “We both are a bit dry, If we’re talking to each other, neither one of us can tell whether the other person is being serious or not. It’s kind of a fun game.”

Ortega also expressed her desire to work with Ricci again, perhaps on her other series, Yellowjackets.

On a separate occasion, Ricci has spoken up on why Ortega doesn’t need any guidance in acting. The Casper star remarked, “She is such a competent adult actress. She does not need me telling her how to do anything. She’s so wonderful.”