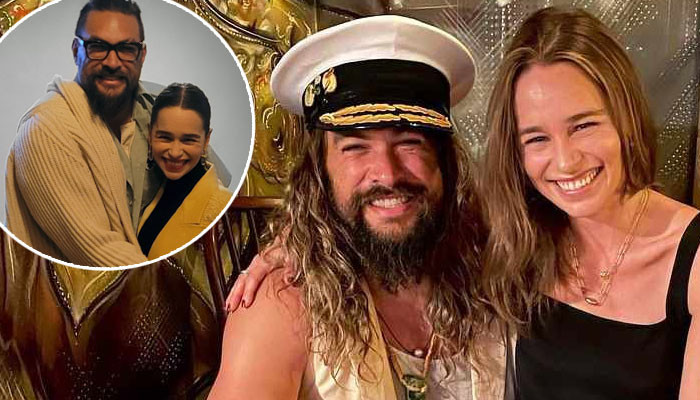 Jason Momoa and Emilia Clarke had an adorable meet up at the 2023 Sundance Film Festival on Monday, January 23, 2023.

The duo, that played Khal Drogo and Daenerys Targaryen on the hit HBO show, Game of Thrones, respectively, were one of the best pairings on the show, and still remain friends to this day.

Clarke was attending the premiere of her new movie, The Pod Generation. Momoa couldn’t help but share his congratulations for the actress, and shared an adorable pic of the moment on his Instagram story.

Momoa shared the picture of the two posing for a photo as they hugged warmly with big smiles on their faces.

A fan account of Clarke shares the post and Momoa reshared the onto his stories with a bunch of heart emojis, not before commenting on the original post, “love you mama [four heart emojis]”

Aside from The Pod Generation, Emilia is also set to star in the Cold War film McCarthy alongside Michael Shannon. Most notably, she is co-starring alongside Samuel L. Jackson in the much-anticipated new Marvel show, Secret Invasion, which is set to premiere on Disney+ this year.

Meanwhile Jason also has quite a few projects coming up. According to Yahoo Entertainment, he recently wrapped filming Aquaman and the Lost Kingdom which is one of the most high-profile productions on the schedule of 2023 new movie releases.

Momoa is also set to star in Fast X, the latest film in the Fast and Furious franchise and is currently filming a TV show titled Chief of War.