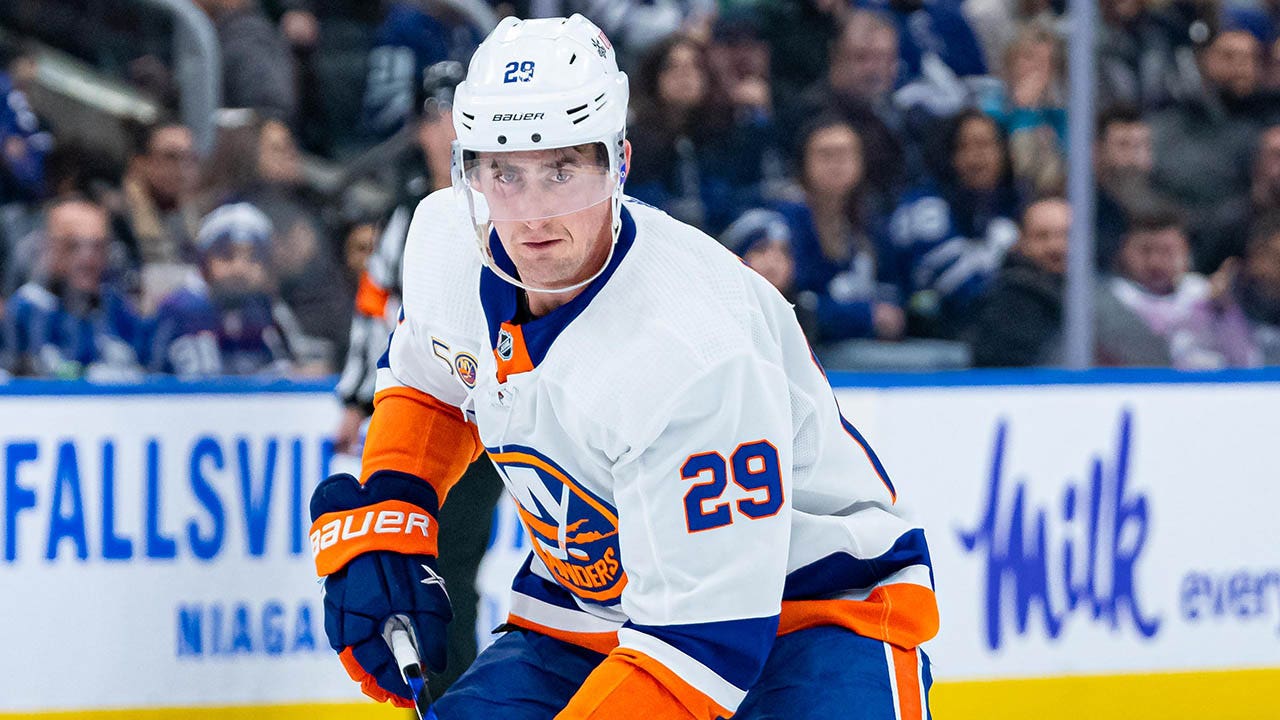 It’s official: Hockey players are the toughest athletes on the planet.

It’s not uncommon for players to take the ice missing teeth, but it’s rare to see them doing their own dental work like the New York Islanders‘ Brock Nelson did Monday night.

New York Islanders center Brock Nelson (29) skates with the puck during a game against the Toronto Maple Leafs Nov. 21, 2022, at Scotiabank Arena in Toronto.
(Julian Avram/Icon Sportswire via Getty Images)

After taking a stick to the face, Nelson fell to the ice and skated to the bench.

Apparently, his tooth became loose. So, he yanked it out and handed it to a trainer.

Nelson didn’t miss a shift. However, the Islanders were unable to pull out a victory over the Toronto Maple Leafs.

Brock Nelson of the New York Islanders gets ready during a face-off against the Arizona Coyotes at Mullett Arena Dec. 16, 2022, in Tempe, Ariz.
(Norm Hall/NHLI via Getty Images)